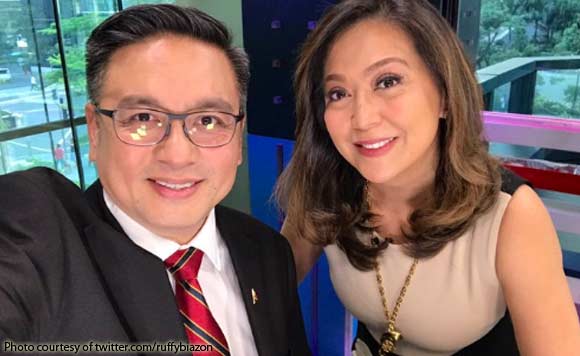 0 456
Share
Want more POLITIKO News? Get the latest newsfeed here. We publish dozens and dozens of politics-only news stories every hour. Click here to get to know more about your politiko - from trivial to crucial. it's our commitment to tell their stories. We follow your favorite POLITIKO like they are rockstars. If you are the politiko, always remember, your side is always our story. Read more. Find out more. Get the latest news here before it spreads on social media. Follow and bookmark this link. https://goo.gl/SvY8Kr

Being an expert on these issues gives Ruffy Biazon more credibility as a politiko.

Former Customs chief now Muntinlupa Rep. Ruffy Biazon lined up two interviews in one morning as the fresh debate over owning the Benham Rise has drifted afloat. The politiko has been tapped as resource speaker by news programs on ANC and CNN Philippines to speak about his proposal for Congress to probe the presence of Beijing’s ships in Philippine territory.

Biazon said the United Nations Convention on the Law of the Sea declares Benham Rise as part of the Philippine continental shelf.

Today I filed a resolution on the Benham Rise issue. pic.twitter.com/k0YuymLsks

About to go on deck for Headstart. pic.twitter.com/U8UyxVfOZH

Can the Philippines claim Benham Rise as its own? Rep. Ruffy Biazon weighs in. #ANCRecap #ANCHeadstart pic.twitter.com/tH8ki9h20v

This was followed by an interview with CNN’s Pinky Webb.

Discussion about my Benham Rise Resolution with Pinky Webb of CNN Philippines. pic.twitter.com/95Fyix2MQI

How smart does he sound? Good job!