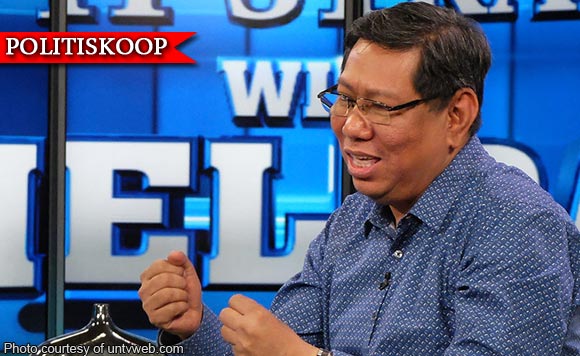 0 603
Share
Want more POLITIKO News? Get the latest newsfeed here. We publish dozens and dozens of politics-only news stories every hour. Click here to get to know more about your politiko - from trivial to crucial. it's our commitment to tell their stories. We follow your favorite POLITIKO like they are rockstars. If you are the politiko, always remember, your side is always our story. Read more. Find out more. Get the latest news here before it spreads on social media. Follow and bookmark this link. https://goo.gl/SvY8Kr

Caloocan City 2nd district Rep. Edgar Erice shuddered at the thought of the return of the Philippine National Police’s (PNP) anti-illegal drug operations, which he has blamed for the hundreds of alleged extra-judicial killings.

It can be recalled that that President Rodrigo Duterte suspended the national police force’s participation in the anti-narcotics campaign after the discovery of acts of corruption like the “tokhang for ransom” case.

That particular case saw the abduction and killing of Korean trader Jee Ick Joo at the hands of cops.

However, Erice, a Liberal Party (LP) member, said that the bloodshed in his district hardly stopped even during the month-long hiatus of the PNP from anti-drug operations.

Last December, Erice claimed that some 300 of his constituents have been slain as a result of the government ‘s anti-drug drive.

Asked how many have been added to the figure since, the solon said, “di ko pa tapos bilangin sa dami.”