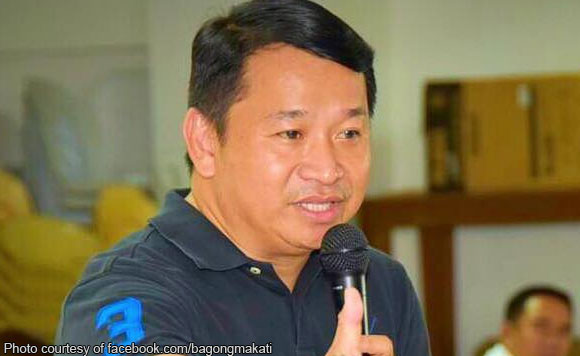 The Commission on Elections (Comelec) has been asked to file the appropriate criminal charges against former Acting Makati City Mayor Romulo “Kid” Peña for violating the election ban on appointments, promotions and transfers of personnel.

In a letter to Comelec Law Department head Atty. Norina Tangaro-Casingal, the Makati city government said the personnel movements made by Peña were done without prior authority from the Comelec.

“Accordingly, we request your assistance on the matter, and trust that you will file the necessary actions to sanction Peña’s disregard of the law,” he added.

The letter, dated February 15, was received by the Comelec last February 22.
If found guilty, Peña faces a penalty of imprisonment of not less than one year but not more than six years, and shall not be subject to probation.

In addition, he faces disqualification to hold public office and deprivation of the right of suffrage, under Section 264 of Article XXII.

The said provision prohibits any transfer of personnel to a different designation, office, or agency, made by any head and/or appointing authority during the election period without any prior authority from the Comelec.

Camiña said during his short stint as Acting Mayor, Peña appointed, promoted and transferred city government personnel but most of these have been invalidated by the Civil Service Commission (CSC) as they were made during the Election Period.

He also pointed out that the Notices of Disallowance issued by the CSC affirm the lack of prior authority from the Comelec on personnel movement made by Peña during the election period.

An investigation conducted by the Human Resource Development Office (HRDO) under the administration of Mayor Mar-len Abigail S. Binay revealed that only a few of the promotions, appointments or transfers complied with legal requirements.#