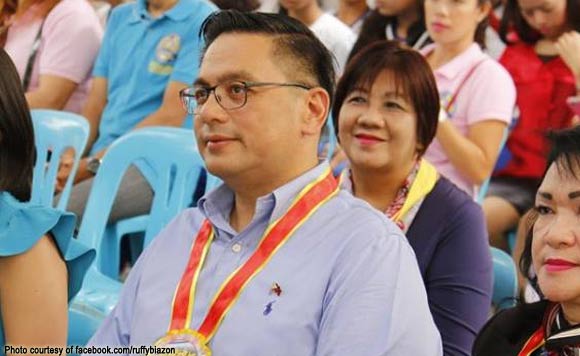 Is this a cunning move masked as a cooperation deal?

Muntinlupa Rep. Ruffy Biazon flagged the government’s decision to partner with China for maritime cooperation, against the backdrop of an unresolved dispute on the ownership of islands in the South China Sea bordering the Philippine coastline.

The politiko, who is son of former military chief and ex-Senator Rodolfo Biazon, took to Twitter his criticism of the Philippine Coast Guard’s partnership with the Chinese Coast Guard in patrolling the waters, saying it could be twisted to Beijing’s advantage sooner or later.

The Joint Coast Guard Committee agreement was signed in Beijing on Oct. 20, 2016, in the presence of Presidents Rodrigo Duterte and Xi Jinping. Is it too late to take them back?

Sun Tzu says "The supreme art of war is to subdue the enemy without fighting." Don't you feel we've just been subdued? https://t.co/jKGnX0mZAS

Will this lead to CCG requesting PCG to help keep Filipino fishermen from foraging into "Chinese waters" ? https://t.co/jKGnX0mZAS

Is there a formal agreement detailing the parameters of maritime cooperation between the two coast guards? https://t.co/jKGnX0mZAS

Isko Moreno pushes back vs anti-communist posters put up in…