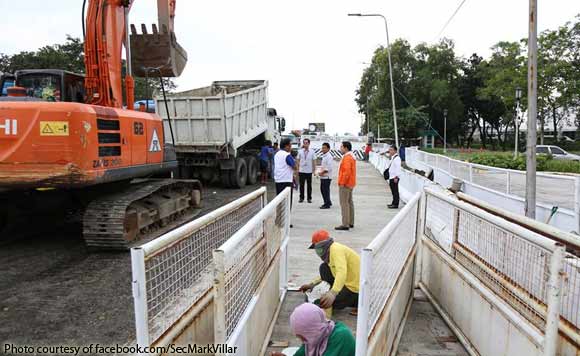 The Metropolitan Manila Development Authority has advised motorists to still brace for heavy traffic along EDSA southbound due to the unfinished drainage works after Magallanes interchange.

MMDA General Manager Tim Orbos said the agency has already asked the Department of Public Works and Highways (DPWH) to have the construction works completed this week.

“As a temporary measure and to make it passable to motorists, we have put steel plates on the area. But this still causes the motorists to slow down which results to traffic build up,” Orbos said.

The drainage improvement works is a project of the DPWH which has been granted permit by MMDA last year but was temporarily stopped due to the moratorium on all road repairs and diggings issued during the Christmas season.

According to Orbos, C&F Construction, the contractor of the project, resumed its works on Thursday morning without prior coordination with MMDA.

The agency is contemplating on filing the appropriate charges against C&F Construction.

“If we were informed that they will resume construction, we would have prepared a traffic management plan on the area and at least augment the number of enforcers there,” Orbos pointed out.

The construction along EDSA-Cabrera resulted to heavy traffic on the southbound direction up to Balintawak on Thursday.