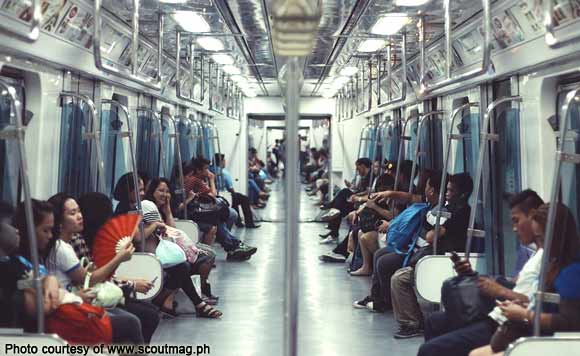 0 474
Share
Want more POLITIKO News? Get the latest newsfeed here. We publish dozens and dozens of politics-only news stories every hour. Click here to get to know more about your politiko - from trivial to crucial. it's our commitment to tell their stories. We follow your favorite POLITIKO like they are rockstars. If you are the politiko, always remember, your side is always our story. Read more. Find out more. Get the latest news here before it spreads on social media. Follow and bookmark this link. https://goo.gl/SvY8Kr

There will be no fare hike after the PHP2.8 billion MRT-LRT common station is constructed, the Department of Transportation (DOTr) assured Monday.

The DOTr made this assurance during a Senate Committee on Public Services hearing on the much-delayed common station which was led by its committee chair, Sen. Grace Poe.

Transportation Asst. Secretary Leah Quiambo said that there will be “no concomitant increase” in the fares although they have yet to submit their plan to the National Economic and Development Authority (NEDA).

Poe welcomed this news noting that it would benefit commuters. She meanwhile urged the agency to keep its promise to conduct consultations with stakeholders.

She also wanted them to hear the concerns of senior citizens, pregnant women, and persons with disabilities on the distance to transfer from one platform to another.

DOTr senior project developer officer Timothy Batan also assured that the station’s design was the best “compromise” they could come up with.

In closing, Poe welcomed the developments noting that it will be a legacy not just of the Duterte administration, but of all those involved.

“This will spell out the difference for your future grandchildren or your children when it comes to traffic and the fastest way to get to point A to point B. This is the future of travel now wherein the poor can actually use public transportation,” Poe said.

After eight years, a memorandum of agreement (MOA) was signed last Jan. 18, 2017 to finally start construction of the project on December 2017.

The common station, that will link LRT Line 1 and MRT Lines 3 and 7 and provide seamless transfer of passengers and interconnectivity between the railway lines, is expected to be completed by April 2019.