Did Quimbo have a change of heart with death penalty? 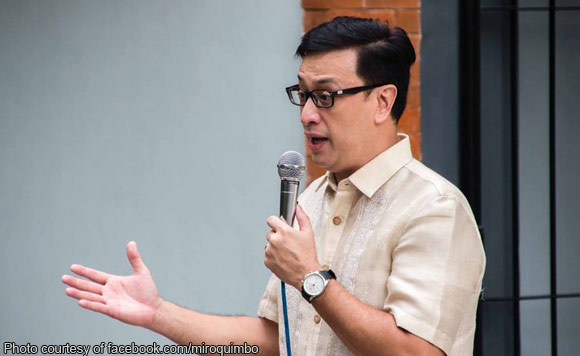 House Speaker Pantaleon Alvarez bared in a press conference Wednesday (February 8) that Quimbo, a Liberal Party (LP) member, was among those who attended the caucus that specifically tackled the death penalty restoration bill.

According to Alvarez, all those who took part in the meeting are supportive of the measure of which he is a main author.

“Umattend si Miro Quimbo,” Alvarez noted. Quimbo, a Marikina congressman, was earlier reported to be against the reimposition of death penalty in the country.

Reports said that another deputy speaker in Gloria Macapagal-Arroyo attended the meeting but left before it could finish. Arroyo is openly anti-death penalty.

After the meeting, Alvarez said that he will be removing Arroyo from her post.

Quimbo hasn’t been answering reporter queries on his current stand on death penalty.#