‘My life was never the same again’: Joy Belmonte travels back to 24 years ago, the year she lost Betty 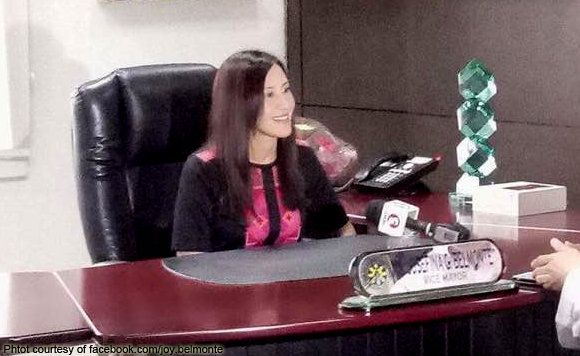 She may recover, but she will never forget.

Quezon City Vice Mayor Joy Belmonte demonstrates what a great story-teller she is as she recalled what was it like to lose her mom. Over 500 people have felt her hurting as she relived that day, 24 years ago.

The Politiko posted on her Facebook page her commemoration of her mother. Betty Go-Belmonte’s death. She wrote:

“Today is my mother, Betty Go-Belmonte’s 24th death anniversary. On the day she died, I was at a prayer rally at the Araneta Coliseum with my sister-in-law Roseanne. The world famous Korean healer and miracle-worker Julia Kim was in town, and we were hoping that after the jampacked prayer rally was over, we could somehow find a way to convince Julia to come to our house along E Rodriguez Ave. to pray for my mother’s healing.”

VM Joy told the story of how greatly she believed in miracles, especially the miracle that her mother will be healed and better.

24 years ago, she experienced how to feel desperate and determined to do whatever it takes and grip in that final thread of hope for her mom’s recovery. But, no matter how hard she tried, it never happened, and VM Joy was there, left with the most frustrating moment in her life.

“Despite all our efforts, we were told Julia was too busy; she had a dinner appointment. I don’t think I have ever been more disappointed in my life than I was on that day. A few minutes later, my Dad called me to come home. Mom was about to go.”

Until today, there is not one day the Politiko think about her ‘what ifs’.

“I often wonder whether things would have been different had I tried harder. Begged and wept on bended knees in front of Julia’s security personnel, for example. I guess we will never know the answer to this question.”

Her greatest learning from the experience: she learned to let go, but life as she know it will be entirely different from then on.

“One thing I do know however is that on this day, 24 years ago, I lost a mother but gained a guardian angel; and my life has never been the same again.”

Alfred Vargas is the luckiest husband in the world.…

Ruffy Biazon says health workers should be top priority when…

Isko Moreno is a walking reminder to wear a mask