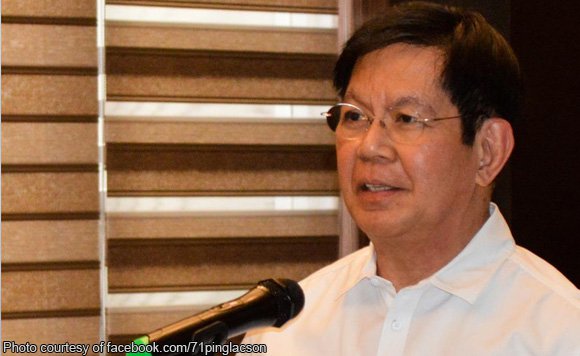 Senator Panfilo Lacson has expressed alarm over the conflicting theories by the Philippine National Police (PNP) and the National Bureau of Investigation (NBI) on the actual culprits behind the kidnapping and killing of Korean businessman Jee Ick Joo, saying it could only lead to the dismissal of the case.

“There seems to be a clash of theories. Iba ang theory ng NBI, iba ang theory ng PNP so that has to be reconciled. Otherwise, it will weaken the case,” the senator said during Thursday’s (Jan. 26) hearing on the case.

Over the course of the investigation of the PNP, SP03 Ricky Sta. Isabel has been pointed as the principal suspect, a matter that the NBI seems to found inconclusive at this point.

“I hope you don’t fall into intrigues or else the case would suffer. In my opinion, the NBI and PNP’s theories are jarring,” Lacson said, further noting the apparent lack of coordination between the two institutions.

Jee was strangled to death in a car parked inside the PNP national headquarters in Camp Crame a few hours after he was abducted from his Pampanga home on October 2016. Three policemen and a former cop have been implicated in the crime.

Lacson warned that the cases against the accussed in Jee’s murder could be dismissed unless the PNP and NBI get their act together.

He also would not discount the possibility of the case being eventually dismissed by courts due to reasonable doubt, unless both the NBI and PNP would join forces in getting to the bottom of the case.

“If we fall victim to disinformation, the case might suffer. It’s dangerous to think this case might be dismissed. It’s not only the PNP and the NBI would get affected. If this case is dismissed, it would directly affect the whole Philippines. That’s an appeal from the chair and I hope you consider that appeal,” Lacson said, addressing PNP Chief Ronald dela Rosa and NBI Dir. Dante Gierran.