Still in the loop: ISAFP confirms Marcelino was still doing intel work when he got nabbed 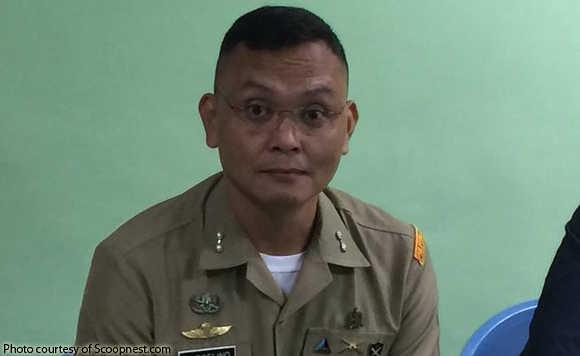 After previously failing to show he was still involved in intelligence gathering, Marine Lieutenant Colonel Ferdinand Marcelino was finally able to present before the Manila Regional Trial Court (RTC) Branch 49 a certification from the Intelligence Service of the Armed Forces of the Philippines (ISAFP) which showed that he was doing just that when he got arrested in January 2016.

In the certification, ISAFP chief Brigadier General Ronald Villanueva confirmed that Marcelino was still engaged in intelligence work even if he was no longer working at the unit where he served as Military Intelligence Group 4 commander.

“This Service was aware of his continuing efforts which have significantly strengthened the various intelligence and counter-intelligence operations not only of the AFP, but also of other law enforcement agencies,” he stated.

“Further, he laterally coordinated with law enforcement agencies such as NBI in pursuing his intelligence operations against illegal drugs and organized crime groups which, however, was cut short by his unfortunate ‘arrest incident in an operation in Manila on January 20, 2016,” he added.

Marcelino and his Chinese companion Yan Yi Shou were arrested by operatives of the Philippine Drug Enforcement Agency (PDEA) on January 21, 2016 in an abandoned shabu laboratory at Celadon Residences in Sta. Cruz, Manila. Authorities seized 76,697.7 grams of shabu worth over P380 million during the raid.

The two men were charged for violating the Dangerous Drugs Act of 2002 as a result.