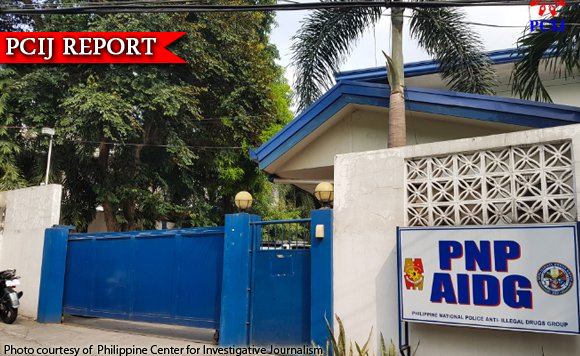 A BIG AND ALL-IMPORTANT task in the government’s current war on drugs — validating information on high-value targets or HVTs — has been assigned to the Anti-Illegal Drugs Group or AIDG. By its own protocols, the AIDG supposedly reviews all information and sources of information about its subjects in a meticulous, multi-layered manner.

But the elite anti-drugs group has now found itself in a very sticky mess: A Korean national, Jee Ick Joo, who the agency’s own operatives say has had no adverse record of being implicated in any illegal drugs transactions was abducted last October and later wound up dead. Indications so far are that some members of the AIDG were among those who last saw him alive. These allegedly include Senior Supt. Rafael Dumlao who heads the group’s Special Interdiction Unit and a few members of his team.

The Special Interdiction Unit is one of AIDG’s two special teams that take care of evaluating raw information on suspected targets. The other is the Special Investigation Unit.

The AIDG staff consists of six sections, including one for foreign national targets suspected to be linked to the Chinese triad, the Sinaloa cartel, and the West African drug syndicate.

A senior AIDG member told the PCIJ that all operations against HVTs are compartmentalized, in order to avoid the leak of information and overlap of operations among the sections.

In all operations, though, the AIDG director reportedly has the final say.

AIDG operatives are supposed to follow defined processes in evaluating information. They test for the reliability of sources and the accuracy of information and sources.

The sources, after evaluation for reliability, are tagged under six categories:

The information, after evaluation for accuracy, are classified under six grades:

The sources of information, meanwhile, are tagged under seven categories:

According to its official website, the AIDG used to be known as the Philippine National Police-Anti-Illegal Drugs Special Operation Task Force or AIDSOTF before it was elevated to the status of a national support group in the police force.

As early as 2008, AIDSOTF had launched initiatives to become a permanent PNP Anti-Illegal Drugs Group to serve as a national operational support unit with primary role in the implementation of the PNP’s anti-illegal drugs strategy.

The proposed activation of the PNP-AIDG also sought to address the challenges in operations and administration that the AIDSOTF had confronted.

Several attempts to create and activate the PNP-AIDG failed until finally, on July 29, 2014, then Justice Secretary Leila M. De Lima in an opinion said that “nothing in RA (Republic Act No.) 9165… prohibits the PNP from setting up a permanent Narcotics Investigation and Monitoring Center, so long as it complies with the provisions of RA9165 on the relationship of this PNP unit to the PDEA (Philippine Drug Enforcement Agency).”

Consequently, on Oct. 10, 2015, the National Police Commission or NAPOLCOM issued Resolution No. 2015-54 approving the creation of the Philippine National Police Anti-Illegal Drugs Group (AIDG). Since then, a parade of AIDG chiefs had aspired to achieve one core objective — to enhance the agency’s professional competence in drug enforcement operation and investigation.

The AIDG has carried out unprecedented anti-drug campaigns through intelligence-based operations working closely with international partners that have significantly disrupted large-scale drug production and trafficking in the country.

Its reportedly “relentless investigative efforts and persistence in critical narcotics interdiction mission” have helped ensure the successful prosecution of local and foreign-based drug traffickers. The AIDG, by its own account, has supposedly gained the respect of the PNP, civil society and even of the President, such that its name has been viewed in some quarters as synonymous to being “a nightmare for all illegal drug traffickers and manufacturers in the country.”

According to its official website, the AIDG’s mandate follows:

• “Conduct all-out and sustained operations against drug syndicates and personalities in support of the programs and thrusts of the PDEA;

• “Strengthen its operational capabilities to enhance the over-all anti-illegal drugs strategy of the PNP and intensify its campaign against the production, processing, trafficking and retailing of illegal drugs;

• “Maintain linkages with other law enforcement agencies and strengthen community participation in the fight against illegal drugs;

• “Develop and maintain relevant database/s; and

• “Perform other duties as directed by the Chief, PNP.”