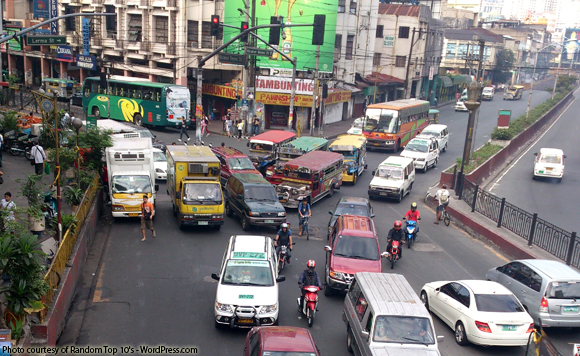 0 522
Share
Want more POLITIKO News? Get the latest newsfeed here. We publish dozens and dozens of politics-only news stories every hour. Click here to get to know more about your politiko - from trivial to crucial. it's our commitment to tell their stories. We follow your favorite POLITIKO like they are rockstars. If you are the politiko, always remember, your side is always our story. Read more. Find out more. Get the latest news here before it spreads on social media. Follow and bookmark this link. https://goo.gl/SvY8Kr

The city government of Manila will set up this month traffic discipline zones called “Pook Kaayusan” in at least 23 identified traffic choke points in the city’s busiest areas.

Mayor Joseph Estrada said these traffic zones will be manned round-the-clock by traffic personnel who will be strictly enforcing traffic regulations.

“By the mere term itself means these areas will serve as our new model for traffic management- free-flowing vehicular and pedestrian traffic, maayos na maayos,” Estrada said.

Estrada said the 23 identified zones are the most congested areas in Manila that need extra attention.

Ten enforcers will be permanently assigned to each Pook Kaayusan. The enforcers will work in two shifts – from 6 am to 2 pm and 2 pm to 10 pm every day, Alcoreza added.

Alcoreza said they will also put up closed-circuit television cameras in the Pook Kaayusan zones that will be constantly monitored by the command center at the city hall.