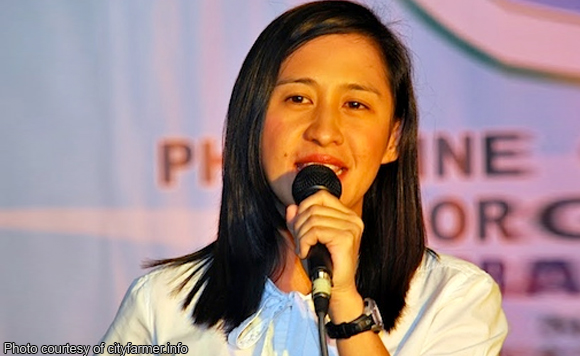 0 591
Share
Want more POLITIKO News? Get the latest newsfeed here. We publish dozens and dozens of politics-only news stories every hour. Click here to get to know more about your politiko - from trivial to crucial. it's our commitment to tell their stories. We follow your favorite POLITIKO like they are rockstars. If you are the politiko, always remember, your side is always our story. Read more. Find out more. Get the latest news here before it spreads on social media. Follow and bookmark this link. https://goo.gl/SvY8Kr

Former House Speaker Feliciano Belmonte Jr. may be a veteran in politics, but his daughter, Quezon City Vice Mayor Joy Belmonte, thinks she’s better than him in public service.

In an interview with People Asia magazine, Joy said: “I’d like to believe that in the years I’ve been in public service, I have not betrayed the memory or legacy of my mother. And I’d also think I’m an improvement of my father in that area.”

Joy, however, credits her father for giving the best advice that has guided her throughout her political career: “Always think of the common good.”

Joy said her late mother, Philippine Star founder Betty Go-Belmonte, also helped mold her into an unconventional politiko because she was “very idealistic.”

“My mother fought for good values, and believed only in telling the truth; while my father believes deeply in fairness. So I was raised under that context of seeking truth and living in integrity Both their ideals helped mold me and balance me out,” she said of her parents.