Mayor Fresnedi: Give love, respect to our Kasambahays 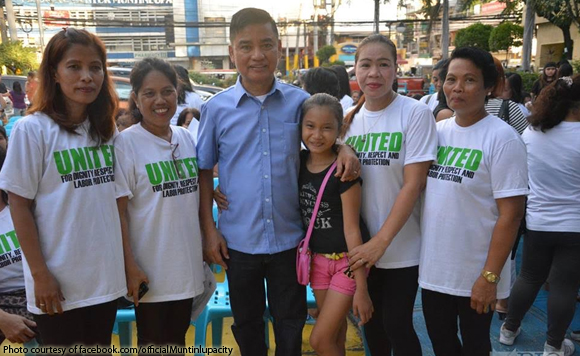 0 543
Share
Want more POLITIKO News? Get the latest newsfeed here. We publish dozens and dozens of politics-only news stories every hour. Click here to get to know more about your politiko - from trivial to crucial. it's our commitment to tell their stories. We follow your favorite POLITIKO like they are rockstars. If you are the politiko, always remember, your side is always our story. Read more. Find out more. Get the latest news here before it spreads on social media. Follow and bookmark this link. https://goo.gl/SvY8Kr

For Muntinlupa City Mayor Jaime Fresnedi, kasambahays are important companions in the house, taking care and helping members of a family, 24/7.

More than 100 Kasambahays from Sucat to Tunasan and members of the United for Dignity, Respect for Labor and Protection, attended the party.

In his short message, Mayor Fresnedi noted the importance of the Kasambahays in a family and must be treated well by their employers, show respect and give the necessary salary and benefits intended for them.

Fresnedi followed by giving financial assistance, goodies and sack of rice to all Kasambahays who attended the program. Kasambahay also won items during the raffle.
Attachments area