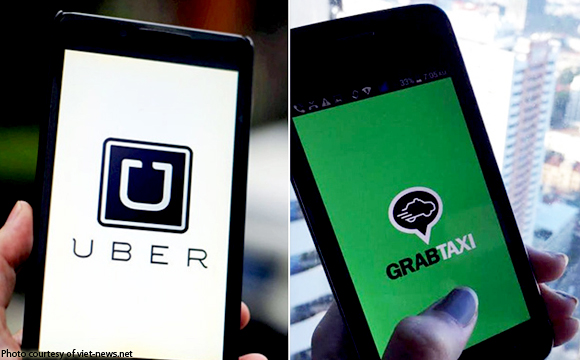 In a statement, Castelo said the practice was unfair and predatory for the riding public.

Castelo filed House Bill No. 4669 or the No Price Surge Act calling for the regulation of the TNS industry in the country.

Aside from banning price surges, the measure also seeks for a cap in the number of vehicles under the network to avoid road congestion; force Grab and Uber drivers to undergo training; and have all TNS vehicles marked as either Grab or Uber.

The chair of the House Committee on Metro Manila Development (MMD) said the price surging maked Uber and Grab not so different with the much complained taxis that resort to ‘contracting’ instead of using the meter.

“While we thought that these TNS providers serve as a better mode of public transportation for our people, they appear to be just the same with or worse than erring taxi cabs that charge passengers more than what the meter says,” Castelo said.

Castelo was concerned by mounting complaints against Uber and Grab over price surges which the TNS providers implement during rush hours especially these Christmas season.

Under the price surge practice, passengers of Uber and Grab can be charged as high as thrice the price of the usual rate when traffic condition is bad and demand for their service is high.

“So how does the TNS industry now become a friendly alternative each time this unfortunate situation happens to their poor patrons,” Castelo said.

“There should be a limit to the number of TNS vehicles to avoid road congestion otherwise our efforts to ease traffic in Metro Manila would be rendered useless,” he said.

Since the taxi industry has no monopoly of abusive and discourteous drivers as proven by similar complaints against Uber and Grab, Castelo found it necessary for TNS drivers to undergo proper training.

“This will help make sure that they truly make the difference. A polite and smart driver is as important as arriving safely in one’s destination,” the lawmaker explained.

Although vehicles accredited by Uber and Grab are readily identified online, Castelo insists on having the units marked to boost passengers’ ability to identify them in case of complaints and untoward incidents.

“There’s nothing wrong in giving the riding public more aid to identify their service providers especially if it can hasten solve traffic related cases,” the lawmaker added.