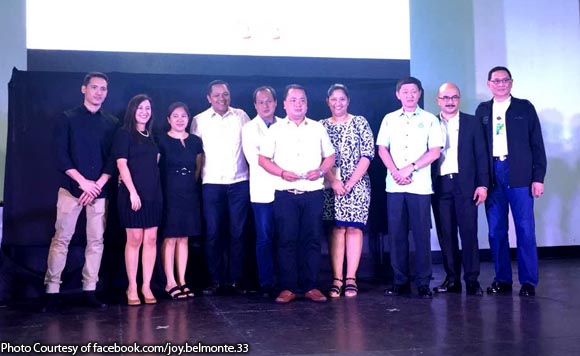 Barangays Holy Spirit and Greater Lagro were this year’s top recipients of the Quezon City Barangay Seal of Good Housekeeping (Dangal ng Lungsod) which is being conferred to barangays that have set the benchmark of best practices in governance at the grassroots level.

The two barangays were also awarded a financial incentive of P500,000.

Top honors also went to Barangays Damar, San Bartolome, Sangandaan and UP Campus, which were conferred the QCSGH Gawad sa Huwarang Pamamahala. A P200,000 incentive was awarded to each of the four barangays.

In his remarks, Cuna said the conferment of the QCSGH is one way of validating the reforms instituted by the barangays.

The QC government started applying measures of good performance to the city’s 142 barangays in 2014 and had it institutionalized through an ordinance providing for the adoption of the Barangay Seal of Good Housekeeping.

The evaluation criteria and performance review were jointly undertaken by the QC government and the Department of the Interior and Local Government (DILG).