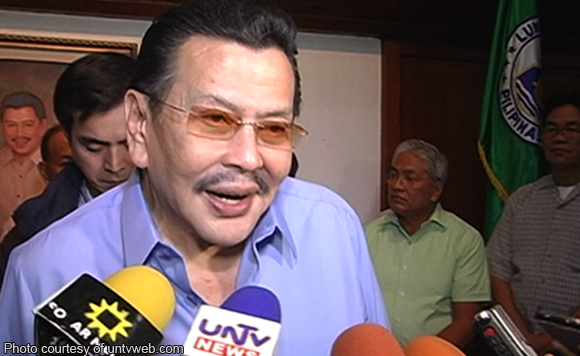 0 600
Share
Want more POLITIKO News? Get the latest newsfeed here. We publish dozens and dozens of politics-only news stories every hour. Click here to get to know more about your politiko - from trivial to crucial. it's our commitment to tell their stories. We follow your favorite POLITIKO like they are rockstars. If you are the politiko, always remember, your side is always our story. Read more. Find out more. Get the latest news here before it spreads on social media. Follow and bookmark this link. https://goo.gl/SvY8Kr

Manila Mayor Joseph “Erap” Estrada has increased to more than 15-Million the budget of a barangay in the Ermita-Malate area in District 5, as he sees more programs and projects to be implemented here which will further boost the capacity of this area, known for years as the city’s tourism and entertainment district, to lure more visitors.

“We are increasing the budgets of the entire city’s barangays so they will be able to implement many important programs and projects. In this particular area, the Ermita and Malate area which has been known as the tourism and entertainment district of Manila,” Estrada said.

“I am confident that this increase in their budget will enable them to implement more projects that will entice more tourists, both foreign and local, to visit this place and the various establishments here, or even stay in hotels here for short in-city vacations,” he added.

Brgy. Chairwoman Cynthia Llorente meanwhile was elated on the increased budget given to them by Mayor Estrada.