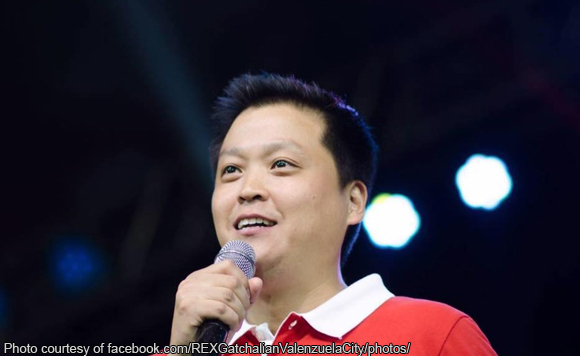 0 775
Share
Want more POLITIKO News? Get the latest newsfeed here. We publish dozens and dozens of politics-only news stories every hour. Click here to get to know more about your politiko - from trivial to crucial. it's our commitment to tell their stories. We follow your favorite POLITIKO like they are rockstars. If you are the politiko, always remember, your side is always our story. Read more. Find out more. Get the latest news here before it spreads on social media. Follow and bookmark this link. https://goo.gl/SvY8Kr

We often see Valuenzuela City Mayor Rex Gatchalian tweet funny and interesting articles and write ups on his Twitter account. He even admitted that the platform has been his pastime hobby in between events or things he needs to do.

Lately, he has also been using the social media site to interact with his constituents, patiently replying to their questions about legal matters that concern the city hall. But one netizen’s claim has caught his full attention and changed the tone of his tweeting:

The Politiko promptly replied and said: “”Complaints like yours needs details and personal attention. Ill see you later.”

Mayor Rex reiterated that things like this should be treated seriously and immediately, saying that no one is above the law, including him and the whole of his city hall council and staff.

But, the patience of the mayor was tested when the complainant chose to “rant” online than take legal action because of many reasons.

He said: ” there’s a difference between ranting and taking action.”

“ma’am im doing my part by engaging you. But you’re not giving us any details to move on. Time to convert rants to actions.”

Mayor Rex also acknowledged that discussing a serious and legal matter online is not a good idea, and pushed the netizen to just present herself in person, promising that he, himself, will help her and take action.

“Ma’am tweeter is a bad means to discuss this matter. This will be my last message about this over tweeter. Come to the office and discuss with me. Show me details and evidence so we can take action.”

The frustration of the mayor was obvious, but he continued to pursue the person behind the Twitter name: “ranting should be converted to action. Im ready to move and investigate i just need details. Everything that is reported. wag tayo matakot. Walang masama magreport ng mali…we will take action.”

But, the complainant stood by her decision to not come forward and file a formal complaint, saying: “Okay I’ll just stop this whole thing. Walang assurance. Shame on me. Thank you for your time Sir. Rex” and chose not to reply to Mayor Rex’s tweets after.

Kid Peña thanks all well-wishers for his birthday