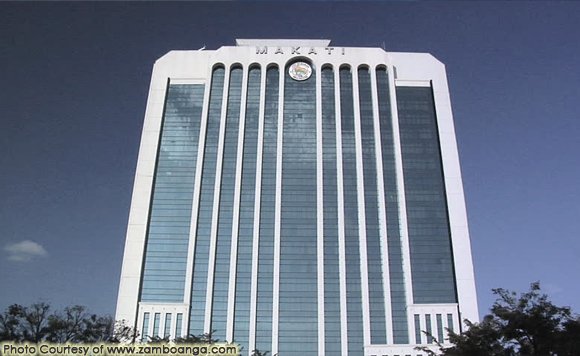 0 710
Share
Want more POLITIKO News? Get the latest newsfeed here. We publish dozens and dozens of politics-only news stories every hour. Click here to get to know more about your politiko - from trivial to crucial. it's our commitment to tell their stories. We follow your favorite POLITIKO like they are rockstars. If you are the politiko, always remember, your side is always our story. Read more. Find out more. Get the latest news here before it spreads on social media. Follow and bookmark this link. https://goo.gl/SvY8Kr

The distribution of the year-end cash gift for over 75,000 senior citizens of Makati who are BLU Card holders starts today, December 5, and will run until December 14, according to the Elderly Welfare Section of the Makati Social Welfare Department (MSWD).

In a report to Mayor Abby Binay, MSWD officer-in-charge Ryan Barcelo said some 75,565 qualified beneficiaries are set to receive their cash gift on scheduled dates from 9am to 4pm at designated venues.

On the instructions of the mayor, the MSWD will also hand out tickets for the traditional Pamaskong Handog bags to the recipients of the cash gift.

The bags can be claimed at the City Hall Quadrangle starting Thursday, December 8.

Barcelo said today (December 5), BLU Card holders from barangays Bangkal, Carmona, Dasmariñas and Pinagkaisahan can get their cash gift at their respective barangay halls. On the same date and time, the cash gift distribution for those from San Miguel Village in Poblacion will be done at their multi-purpose hall, while the covered court of Brgy. Comembo will be the venue of distribution for beneficiaries from the said barangay.

On December 6, Tuesday, the distribution for barangays East Rembo and Poblacion will take place at their respective covered courts. For barangays Guadalupe Viejo and Southside, it will be done at their barangay halls.

The barangay halls of Pitogo, San Lorenzo and Singkamas will be the venue of the cash gift distribution on December 7, Wednesday, while recipients from Guadalupe Nuevo can claim their cash gifts at their covered court.

On December 8, Thursday, distribution will be done at barangay halls of Bel-Air and San Isidro, while for West Rembo and La Paz beneficiaries, it will be at their barangay covered courts.

Beneficiaries from barangays Forbes Park, Cembo and Northside are slated on December 9 at their respective barangay halls, while those from Palanan and San Antonio Village can get theirs at their covered court.

After a break on December 11, the distribution will resume on December 12, Monday at the Elderly Wellness Center in Tejeros, as well as at the barangay halls of barangays Magallanes and Olympia for their respective residents.

On December 13, the South Cembo covered court and barangay halls of Rizal and Urdaneta will be the distribution sites for their respective residents.

Lastly, on December 14, BLU Card holders from Valenzuela and Pembo can claim their cash gift at their respective covered courts, while recipients from barangay Kasilawan can get theirs at their barangay hall.#