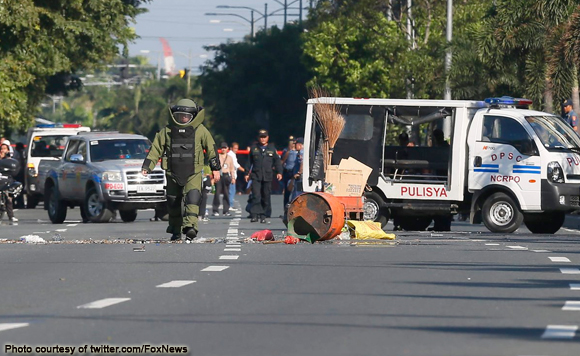 A bomb scare at the United States Embassy in Manila on Monday has prompted other foreign governments to advise their nationals in the Philippines to exercise caution.

The Australian and United Kingdom governments particularly urged their nationals to be vigilant and report suspicious items to authorities.

“(Y)ou should remain vigilant at all times and report anything suspicious to the local authorities,” the UK Foreign and Commonwealth Office said.

It also reminded its nationals of a “heightened threat of terrorist attack globally against UK interests and British nationals, from groups or individuals motivated by the conflict in Iraq and Syria.”

Australia also reminded its nationals to “exercise a high degree of caution in the Philippines overall.”

Meanwhile, the US government advised its nationals in the Philippines to “review your personal security plans, remain aware of your surroundings, including local events, and monitor local news stations for updates.”

“Be vigilant and take appropriate steps to enhance your personal security,” it added.