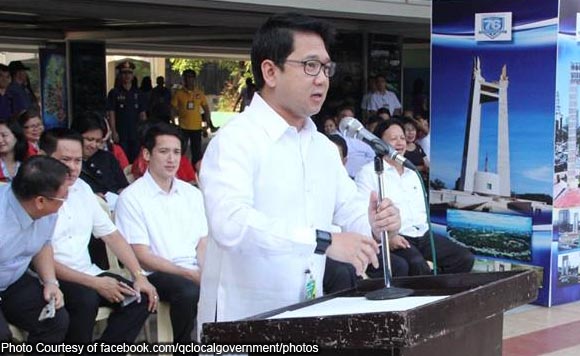 Mayor Herbert Bautista has unveiled plans to develop more programs and strategies that will synergize and strengthen the city government’s partnership with the Quezon City Police District promoting a safer and more orderly city.

“Maintaining peace and order is a shared responsibility. It is through such partnerships that we can overcome the most difficult of obstacles and attain the most challenging objectives,” Bautista said in his speech during the 77th anniversary celebration of the QC Police District in Camp Karingal.

The mayor said the QC government will continue to remain supportive of the needs of the QCPD, especially in terms of logistics, equipment, vehicles, fuel, firearms and ammunitions and even training funds.

He added that the city government has been providing all these with consistency and with great generosity.

As a testimony of his support to the QCPD, the Mayor turned over an initial five brand-new mobile patrol cars to the city police during the occasion. The five patrol cars form part of the 50 patrol vehicles donated by the city government.

Aside from the additional patrol cars, the Mayor also announced that the city government will also buy 500 Glock pistols, 500 bullet-proof vests, 150 motorcycles and anti-cyber crime equipment.

The Mayor, during the occasion, also bared plans to procure equipment that will boost the intelligence gathering system not only of the QCPD but also that of the National Capital Region Police Office (NCRPO).

Aside from the procurement of vehicles and equipment, the Mayor said the city government is also exploring the possibility of providing each of QCPD’s 12 police stations with a command center for inter-operability with other networks.