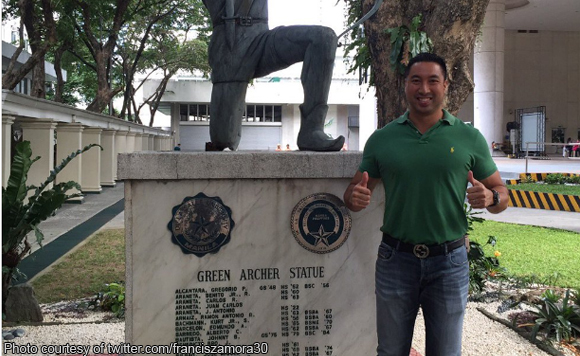 If you happen to stalk former San Juan Mayoral hopeful Francis Zamora’s Twitter account, the first thing that you would know about him is that he is a La Salle alumnus, and he’s very proud of it.

As you scroll down, you would know that three generations of the Zamoras have been true blue La Sallians, starting from his dad, who happens to have a framed picture along the halls of one of the buildings.

The Politiko posted on his account: “My dad’s high school graduation picture framed in the halls of the LS building in De La Salle University ?? He studied elem and HS in taft ?” 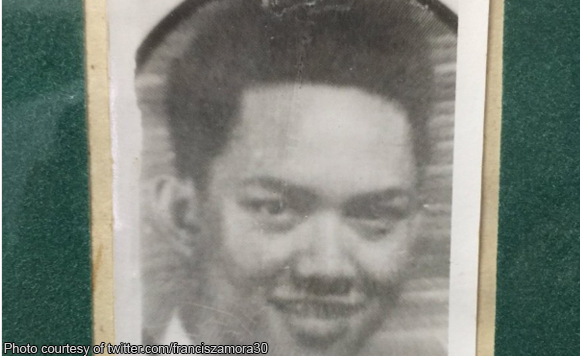 He decided to take his followers on a trip down memory lane as he tours her daughter, Amanda, around his alma mater. 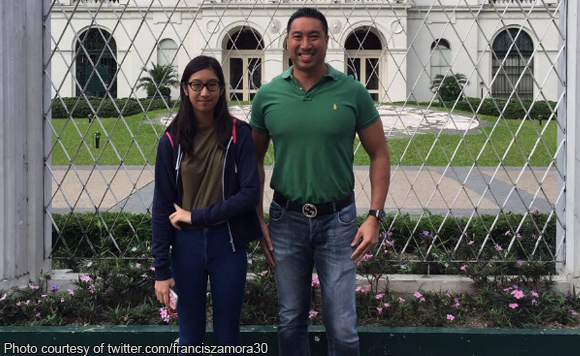 “Touring Amanda around my school and her Lolo Ronny’s too (elementary and high school), De La Salle University ??”

The Politiko literally walked down the past as he posed beside one of the landmarks he used to pass by when he was still a green archer student,

“The Green Archer Statue inside De La Salle University ? I walked this path everyday from 1995-1999 to get to the old basketball gym ??”

To cap off the night perfectly, Francis played hoops with his fellow basketball varsity teammates in their old gymnasium. 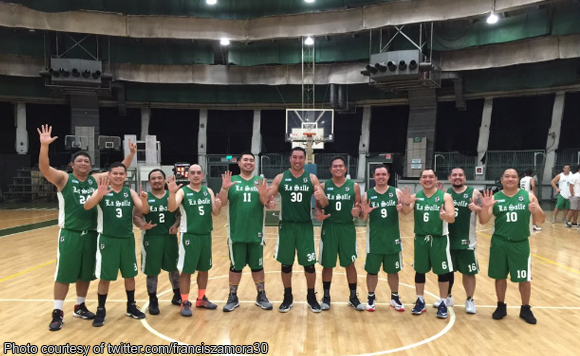 Kid Peña thanks all well-wishers for his birthday