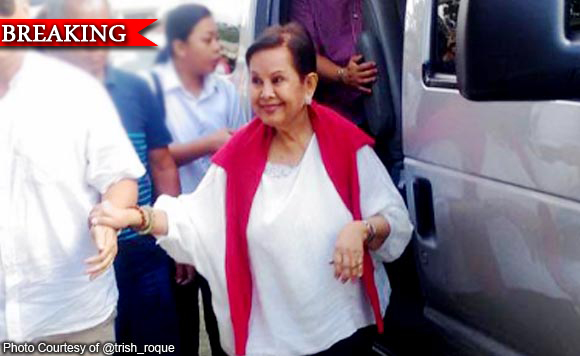 The Sandiganbayan Fifth Division has junked the graft charge against former Makati City Mayor Elenita Binay over the alleged anomalous purchase of P21.7 million worth of furniture and partitions.

The Fifth Division has issued a resolution which granted Mrs. Binay’s demurrer to evidence which sought the dismissal of the case since the prosecution failed to prove her guilt during the trial.

In its resolution, the anti-graft court said the prosecution has failed to satisfactorily established the accusation that bidding was rigged when Asia Concept was awarded the transaction in 2000 when Mrs. Binay was still mayor and that there was an excess purchase of P5.9 million and that the amount was overpriced by P2.7 million.

The Fifth Division explained the issuance of the contract a day after the bidding was held is not proof that Asia Concept has been chosen beforehand as the winning bidder.

Apart from this, the prosecution failed to show documents that Aquino held shares at the competing bidder, Office Gallery.

The anti-graft court pointed out that excess purchase should be determined by showing that the number of items bought was more than the quantity used.

Also, the court also questioned the method used by the prosecution in reaching the overpriced amount which was only based on the reference prices from the purchase orders of the Social Security System and a Quotation of Office Gallery to the Commission on Audit (COA) pertaining to some items contained in the Purchase Orders of Makati City.