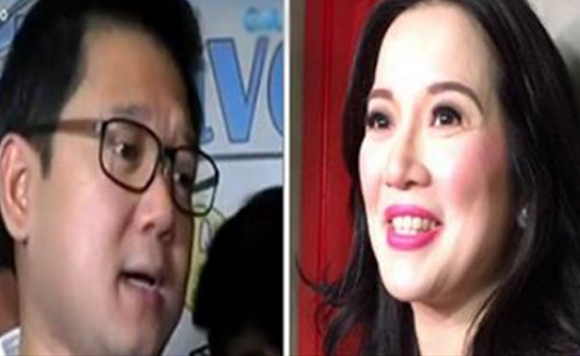 0 481
Share
Want more POLITIKO News? Get the latest newsfeed here. We publish dozens and dozens of politics-only news stories every hour. Click here to get to know more about your politiko - from trivial to crucial. it's our commitment to tell their stories. We follow your favorite POLITIKO like they are rockstars. If you are the politiko, always remember, your side is always our story. Read more. Find out more. Get the latest news here before it spreads on social media. Follow and bookmark this link. https://goo.gl/SvY8Kr

It’s impossible to talk about Quezon City Mayor Herbert Bautista and not include his showbiz background in the story. Despite his absence in front of the screen for some time now, his close relationship ties with some of the TVs stars still causes him some headliners in showbiz reports in TV, radio and newspapers.

Recently, his not-so-long old flame, Kris Aquino opened up–again, on their failed relationship. But this time, she shared with the media one realization the two of them discovered going through what happened between them.

In an interview, the Queen of all Media disclosed that she and the Politiko talked about their hits and misses, where they failed and what mistakes they made. She said: “we both realize if you want a relationship, I am not talking about him ha, kasi nasa friend zone na kami, pero kung gusto mo talaga magka-chance you keep it to yourself, lalo na when you’re public [figure].” (I’m not talking about him because we’re already in the friend-zone, but if you want to have a chance, you should keep it to yourself, especially if you’re a public figure.)

But, in the persepective of Mayor Bistek, they are in the stage of discovery–or re-discovery if you may.

Ambushed while on the QCinema awards night, the media didn’t stay away from asking for his reaction on the recent interview. He told them he was shocked. He told the reporters: ‘Matagal na kaming friendzone.’ (We’re in the friendzone for a long time now.)