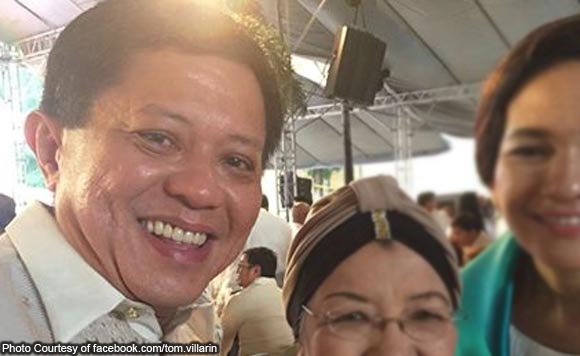 On the left corner, we have Senator Manny Pacquiao; on the right stands Akbayan Representative Tom Villarin.

This week’s hot topic on the Senate inquiry on Bilibid drugs and extra-judicial killings is Senator Manny Pacquiao’s all out support for the reimplementation of the death penalty, citing his childhood experiences.

Many raised their eyebrows when the Boxer-turned-Senator Politiko narrated an anecdote on how his mom, world-famous Aling Dionisia, used to whip him with a stick to impose discipline.

A bad analogy, almost everybody said, believing that the two situations are apples and oranges. One of them is Anakbayan Representative Tom Villarin, who opposes the passing of the death penalty in the Philippines.

Through his Twitter account, the congressman showed his wit and wrote: “Death penalty comparable to Pacquiao mom’s whipping stick? It seems it did not work on him.”

Uh-oh, would the next match in MGM area be between the Congressman and the Senator?

Let’s grab some popcorn as the story unfolds.

Death penalty comparable to Pacquiao mom’s whipping stick? It seems it did not work on him #no2deathpenalty