Erap orders city hospitals to prepare vs Zika virus: ‘We need to be ready’ 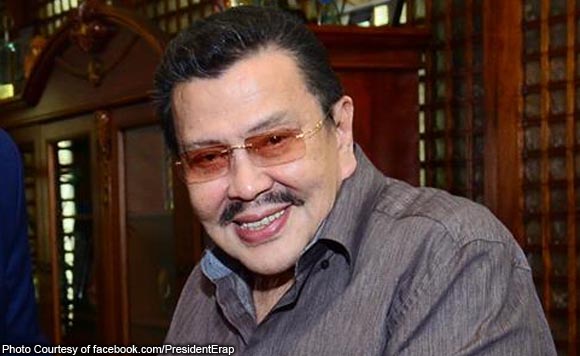 0 607
Share
Want more POLITIKO News? Get the latest newsfeed here. We publish dozens and dozens of politics-only news stories every hour. Click here to get to know more about your politiko - from trivial to crucial. it's our commitment to tell their stories. We follow your favorite POLITIKO like they are rockstars. If you are the politiko, always remember, your side is always our story. Read more. Find out more. Get the latest news here before it spreads on social media. Follow and bookmark this link. https://goo.gl/SvY8Kr

As two new Zika virus infections have been reported in the cities of Makati and Mandaluyong yesterday, the city health officer of Manila has warned that it is only a matter of time before the virus hits the country’s capital, prompting Mayor Joseph “Erap” Estrada to alert the city hospitals and health emergency units.

Estrada also called on the 1.7 million Manileños to equip themselves with the proper knowledge about Zika even as he assured that the six public hospitals and 59 community health centers of the city are capable of handling mosquito-borne diseases such as Zika, Dengue, and Chikungunya.

“We need to be ready, everybody should be ready,” Estrada said as reiterated that the city government will utilize all its available resources to educate every household about the importance of cleanliness in preventing the spread of mosquito-borne diseases such as Zika, Dengue, and Chikungunya.

According to DOH Secretary Paulyn Ubial, a 27-year-old female in Mandaluyong and a 42-year-old male in Makati have been infected with Zika virus.

This brings to 17 the total number of confirmed Zika cases in the country.

One of the three new Zika cases reported last week has been traced to Muntinlupa City, less than 30 kilometers south of Manila. On October 4, the health department confirmed three more Zika cases, two in Iloilo City and one in Antipolo City.

“Zika will come, it will hit us,” warned Dr. Benjamin Yson, officer-in-charge of the Manila Health Department (MHD), pointing out that it will happen despite efforts to control its transmission.

With Zika now in Makati and Mandaluyong, Yson pointed out it is only a matter of time before it reaches Manila, considering the proximity of the two cities to Manila.

“Cleanliness,” he said when asked by what means the virus could be prevented from further spreading. “We have to look for breeding grounds of these mosquitoes and eliminate them.”