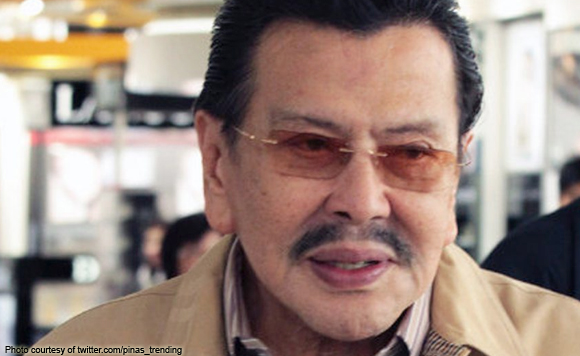 0 552
Share
Want more POLITIKO News? Get the latest newsfeed here. We publish dozens and dozens of politics-only news stories every hour. Click here to get to know more about your politiko - from trivial to crucial. it's our commitment to tell their stories. We follow your favorite POLITIKO like they are rockstars. If you are the politiko, always remember, your side is always our story. Read more. Find out more. Get the latest news here before it spreads on social media. Follow and bookmark this link. https://goo.gl/SvY8Kr

To help drug dependents start a new life, Manila Mayor Joseph “Erap” Estrada has released an initial fund of P50 million to kick-start a comprehensive drug treatment program for thousands of drug suspects who have surrendered to authorities.

Estrada assigned his daughter Jerika Ejercito, program director of the non-government organization Initiatives for Life and Action for Women (ILAW), to spearhead the launch of the “Sagip Buhay, Sagip Pangarap” in Manila’s 896 barangays.

“Drug dependents are also victims. They should not be vilified. They deserve a second chance to live and it is only proper that we should help them become responsible and law-abiding citizens again,” the Manila mayor said in approving the release of P50 million to finance the program.

The Sagip Buhay, Sagip Pangarap program seeks to establish “multi-option modes of quality, efficient, professional, and comprehensive” rehabilitation services in each of the 896 barangays of Manila to enable drug users to achieve complete recovery.

Estrada said the primary aim of the program is to help the drug dependents be reintegrated to the society again.

During the “Newsbreak” forum of the Manila City Hall Press Club at Cherry Blossoms Hotel in Malate this morning, Ejercito announced that they will be training 64 members of ILAW later this month to become “assessors”, or those who will screen the first 2,000 of the more than 9,000 drug suspects who have surrendered to the Manila Police District (MPD) in the previous months.

The assessors will be deployed to the barangays to conduct initial interview and screening of the would-beneficiaries to separate the worst cases of drug abuse to those who are considered “treatable”.

Aside from ILAW volunteers, barangay health workers will be also included in the four-day training to facilitate the assessment and screening of drug patients in every barangay.