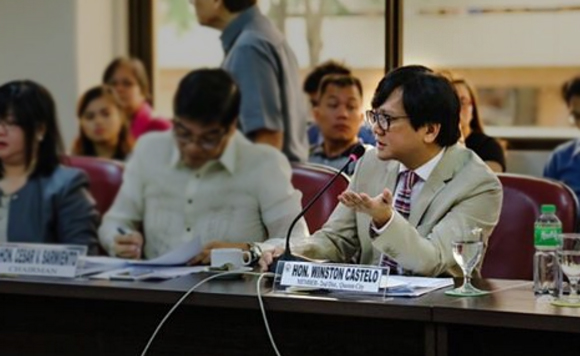 The early release of the 13th month pay and Christmas bonuses of Metro Manila workers both in the government and private sector, instead of early December break for students, could help prevent monstrous traffic jams in the busiest time of the year.

Quezon City Rep. Winston “Winnie” Castelo made this proposal to enable (people all over) Metro Manila to shop early and avoid the perennial holiday rush that leads to congested streets as people troop to the malls and “tiangges” at the same time.

“If employers give their employees their 13th month pay and bonuses, say, in the first week of November, people can schedule their shopping earlier before traffic peaks in the three weeks leading to Christmas,” Castelo explained.

“We can then prevent ‘carmageddon,’ a situation when traffic is at a virtual standstill as if it’s the end of the world,” he said.

He said releasing workers’ 13th month pay and bonuses a month ahead of the traditional practice will help spread out the shopping days of people over a longer period and avoid huge influx of people to the malls–all of which are located along EDSA and other major thoroughfares.

The QC solon, who is the chairman of the House committee on Metro Manila development, also called on mall owners to synchronize their sales with the early release of 13th month and bonuses to encourage people to shop early.

“To mitigate traffic, we should think of ways not only to provide more roads and reduce the number of vehicles on the road, but also to decrease foot traffic in busy places,” he added.