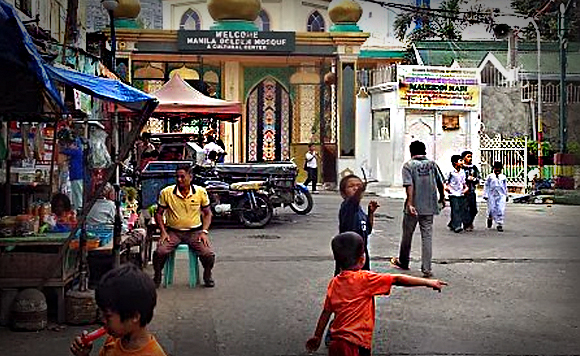 Manila Mayor Joseph “Erap” Estrada directed an anti-illegal drug operation at the Islamic Center in Quiapo this morning, which led to the deaths of seven suspected drug pushers and the arrest of over 200 drug suspects, including an alleged commander of the Bangsamoro Islamic Armed Forces (BIAF).

“This shows that we are serious in our fight against illegal drugs,” Estrada said as he called on the Muslim leaders at the Islamic Center to support the government’s war against drugs.

“This is just the second time that Islamic Center has been raided; the first was during Marcos’ administration. Sana ay magtulungan tayo para malinis, matiwasay at drug-free ang inyong komunidad,” the mayor said.

One of the seven suspects killed in the operation a certain, named Faiz Macabato reportedly the chairman of Barangay 648,. According to the MPD, Macabato fought back when policemen stormed the barangay hall.

A total of 263 drug suspects or “persons of interest” were also arrested while dozens of high-powered firearms and grenades and at least 60 sachets of shabu were confiscated, according to MPD Dir. Senior Superintendent Joel Coronel.