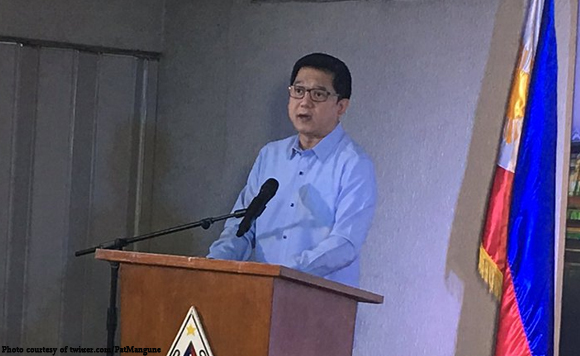 0 607
Share
Want more POLITIKO News? Get the latest newsfeed here. We publish dozens and dozens of politics-only news stories every hour. Click here to get to know more about your politiko - from trivial to crucial. it's our commitment to tell their stories. We follow your favorite POLITIKO like they are rockstars. If you are the politiko, always remember, your side is always our story. Read more. Find out more. Get the latest news here before it spreads on social media. Follow and bookmark this link. https://goo.gl/SvY8Kr

Quezon City Mayor Herbert Bautista is pushing for regional development in an effort to solve the problem of migration in Metro Manila.

At the launch of the 3rd Global Mayoral Forum that will be hosted by Quezon City from September 29 to 30, Mayor Bautista underscored the importance of creating additional opportunities in the provinces to discourage migration to Metro Manila for economic reasons.

In Quezon City alone, the Mayor said, the city is continually hard-pressed to provide housing and resettlement, including provision for education, health and employment, to informal settler families, most of whom left their provinces to seek better opportunities in urban communities.

“Migration is now an issue of development,” the Mayor said.

Mayor Bautista is expected to reiterate his call for the development of regional governments during the two-day Mayoral Forum where more than 60 leaders from across the globe will converge in Quezon City to tackle issues on urban governance in the context of diversity and migration.

The global event, previously hosted by Quito, Ecuador (2015) and Barcelona, Spain (2014), will be an opportune time to showcase some of the best practices adopted by Quezon City for the development of Filipino migrant workers, the Mayor said.

QC government’s continuing effort to facilitate the delivery of programs and services to OFWs and their families is also made evident by the establishment of an OFW help desk at PESO and in the crafting of related ordinances to migration of overseas Filipinos.

“Hopefully, we can adopt something new and developmental from this global forum which we can pass on to the next Mayoral Forum,” the Mayor said.