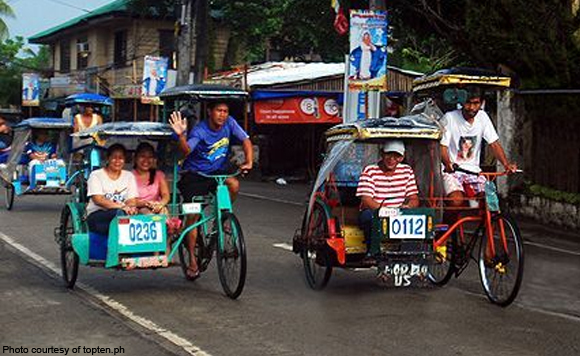 0 634
Share
Want more POLITIKO News? Get the latest newsfeed here. We publish dozens and dozens of politics-only news stories every hour. Click here to get to know more about your politiko - from trivial to crucial. it's our commitment to tell their stories. We follow your favorite POLITIKO like they are rockstars. If you are the politiko, always remember, your side is always our story. Read more. Find out more. Get the latest news here before it spreads on social media. Follow and bookmark this link. https://goo.gl/SvY8Kr

Gone are the days of “kuliglig” or motorized pedicab in Manila’s Tondo district.

Manila Mayor Joseph “Erap” Estrada has announced that the city government will be replacing kuligligs in Parola Compound, Tondo with battery-powered electric tricycles (E-trikes), which will be used as free shuttle service for residents.

“We will be ‘upgrading’ Tondo into a subdivision-like community that offers shuttle service for free with the use of these rechargeable tricycles,” Estrada said after leading a road clearing operation in Parola and Delpan in Tondo recently.

He pointed out that kuligligs are outdated, unsafe, and causes pollution, unlike the E-trikes that are battery-operated and easier to maintain.

During a clearing operation along the MICT South Access Road, city hall workers impounded dozens of kuligligs that have been blocking traffic in the 1.1-kilometer road that leads to the Manila International Container Terminal (MICT).

To provide kuliglig drivers a better livelihood, the International Container Terminal Services, Inc. (ICTSI) has committed to procure E-trikes and shoulder all the costs of operating a free shuttle service in Tondo, initially in Parola Compound, according to Dennis Alcoreza, head of the Manila Traffic and Parking Bureau (MTPB).

The Estrada administration will soon be launching its E-trike project in Manila as a means to combat air pollution and improve the livelihood of some 5,000 pedicab and tricycle drivers in the city.

The city government has procured an initial fleet of 384 battery-operated vehicles that will distributed to tricycle drivers through an affordable five-year “boundary-hulog” scheme.

The city government procured the 384 units of E-trikes for more than P145 million or P380,000 each.
An E-trike runs on gel-type batteries than can be fully charged for only 4-5 hours. It can carry up to seven passengers and has a maximum speed of 40-45 kilometer per hour (kph).

Initially, the E-trikes will be dispatched in the city’s tourist belt area – Luneta, Ermita, Malate, Intramuros, Binondo (Chinatown) and Quiapo.