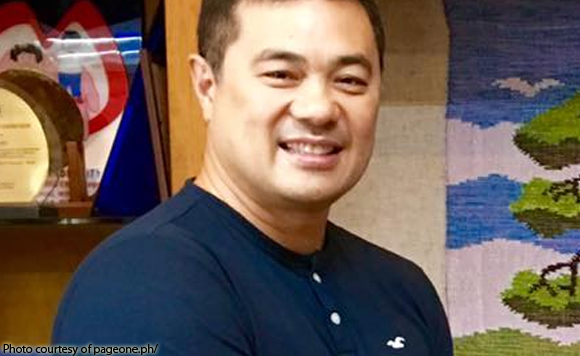 0 744
Share
Want more POLITIKO News? Get the latest newsfeed here. We publish dozens and dozens of politics-only news stories every hour. Click here to get to know more about your politiko - from trivial to crucial. it's our commitment to tell their stories. We follow your favorite POLITIKO like they are rockstars. If you are the politiko, always remember, your side is always our story. Read more. Find out more. Get the latest news here before it spreads on social media. Follow and bookmark this link. https://goo.gl/SvY8Kr

As politikos and private entities continue to make a beeline for Filipina weightlifter Hidilyn Diaz to reward her for winning a silver medal in the 2016 Olympics in Rio de Janeiro, Brazil, former boxer Mansueto “Onyok” Velasco still wait for the financial incentives promised to him following his silver medal finish at the 1996 Olympic Games in Atlanta, Georgia.

Velasco’s plight has prompted Makati City Rep. Monsour del Rosario to file House Resolution 222 calling on President Rodrigo Duterte and the House of Representatives to give what is due to the boxer.

Del Rosario, a former captain of the national taekwondo team, said Velasco has yet to receive the balance of the P2.5 million promised to him by then-President Fidel Ramos and the House, under the leadership of then-Speaker Jose de Venecia, following his victory in the 1996 Olympics.

Since winning in the quadrennial games, the boxer has only gotten an initial P750,000 from the government and an additional P1.2 million from the enactment of the Sports Benefits and Incentives Act during the incumbency of former President Gloria Macapagal Arroyo.

Del Rosario described the practice of politikos promising financial incentives to medal-winning Olympians “distressing” as the former only uses the latter “to generate publicity for their own personal benefit” while failing to fulfil their promise.

The lawmaker said Velasco deserves to receive the financial rewards he has been promised considering that he has never ceased giving back to the Philippine sport, serving as a consultant to the Amateur Boxing Association of the Philippines and teaching boxing to young people in the provinces.