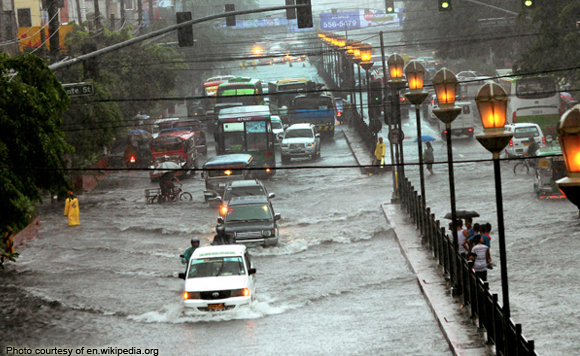 0 522
Share
Want more POLITIKO News? Get the latest newsfeed here. We publish dozens and dozens of politics-only news stories every hour. Click here to get to know more about your politiko - from trivial to crucial. it's our commitment to tell their stories. We follow your favorite POLITIKO like they are rockstars. If you are the politiko, always remember, your side is always our story. Read more. Find out more. Get the latest news here before it spreads on social media. Follow and bookmark this link. https://goo.gl/SvY8Kr

Not taking any chances, Manila Mayor Joseph “Erap” Estrada has directed the Manila Disaster Risk Reduction and Management Office (MDRRMO) to stay in full alert status as the state weather bureau reported the continuous onslaught of monsoon rains in Luzon, including Metro Manila.

Estrada has placed the city’s rescue and relief units on red alert since last week to be able to quickly respond to all forms of emergencies such as flash floods. Today, classes in all levels in Manila remain suspended.

“We should not let our guard down,” Estrada said after receiving the latest update from Pagasa this morning that rains would continue in the next several days.
“Anything may happen and I wanted everyone to be on their toes to guarantee the safety of our constituents,” he added.

Except for an incident last Saturday when a concrete wall in Sta. Cruz collapsed amid heavy rains and killed two residents and a tornado that ripped off several houses in Intramuros and Port Area and injured a resident yesterday, Estrada said no weather-related incidents have taken place so far.

He said the city government will extend all necessary assistance to the affected families.

MDRRMO chief Johnny Yu said 25 rescuers are on 24-hour standby along with about 150 accredited volunteers. The Manila Community Emergency Response Teams (MCERTs) in each of the city’s 896 barangays are also on full alert.

MDRRMO operates an integrated command and control center at the city hall that monitors the city 24/7 through numerous security cameras and state-of-the-art communication systems.

Traffic in major thoroughfares in Manila is also light this morning owing to the suspension of classes and the absence of flooding in the streets, according to Dennis Alcoreza, head of the Manila Traffic and Parking Bureau (MTPB).

Disaster readiness and resiliency are one of Estrada’s priority programs. He has poured in over P600 million funds for continuous disaster risk reduction and response capability-building at the grassroots level.