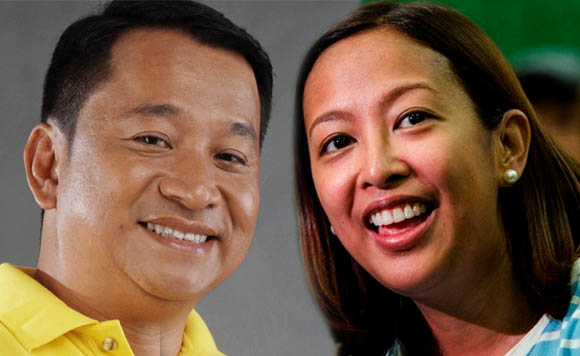 Atty. Daniel Subido, counsel for Binay, said despite due notice from COMELEC dated July 4, 2016, Peña failed to file his Preliminary Conference Brief and furnish the mayor with a copy of the said document at least one day before the scheduled hearing last Wednesday.

Subido pointed out Peña’s “failure to provide a detailed specification of the alleged acts or omission in his complaint to show the electoral frauds, anomalies, or irregularities in the protested precincts.”

Such detailed specification is required under the COMELEC resolution prescribing the rules of procedure on disputes in an automated election system.

“We are seeking the dismissal of the protest case filed by Mr. Peña against Mayor Binay for his apparent lack of due regard for the COMELEC’s rules of procedure under COMELEC Resolution No. 884,” Subido said.

The counsel also decried Peña’s “deliberate act” of filing and serving two different versions of his protest – providing the mayor with a copy of a different version of his complaint from the one he filed with the COMELEC.

“His actions have violated the mayor’s Constitutional rights to due process as she was being deliberately prevented from being fully and completely informed of the case against her,” Subido said.

Subido said Mayor Binay only discovered the discrepancy when she made the verification with the COMELEC herself.

“Had she not done so, she would have been unwittingly led to make erroneous admissions and/or denials in her Answer to the Protest, to her grave prejudice,” he added.

During the hearing, Peña’s lawyers admitted to their failure to serve Mayor Binay a copy of the brief, purportedly because they received the COMELEC’s order and the records of the case from another counsel only last July 26, 2016. They also claimed that due to lack of material time, they were allegedly constrained to file and serve his preliminary conference brief by registered mail.

However, it was subsequently determined during the hearing that Peña was duly notified, through his two counsels, of the COMELEC’s order as early as July 5, 2016.

The COMELEC has directed both parties to file within five days from July 27, 2016 their respective memoranda on Mayor Binay’s special affirmative defenses, and for the mayor to file her written motion for dismissal of the protest case, in view of Peña’s failure to comply with COMELEC rules.

The hearing on the Election Protest Case filed by Peña was conducted by the First Division of the Comelec last July 27, supposedly for the Special Affirmative Defenses of Mayor Binay and the Preliminary Conference of the case. (30)