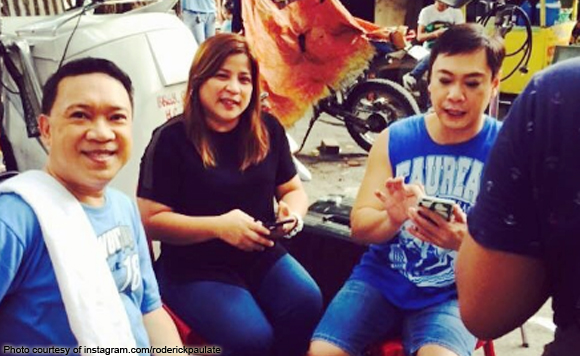 Before politics, Councilor Roderick Paulate is loved by many as ‘Kuya Dick’: host, actor and comedian.

Since his first win as Quezon City councilor in 2010, we rarely see him on TV as he is busy serving his constituents.

He often updates his Instagram account with his duties as a councilor, wearing his short sleeved-polos and barongs. But, his recent update is different from the rest: he wears a simple shirt, with a towel draped over his shoulder. Turns out, he’s back at his second nature: acting.

Did you watch the show?