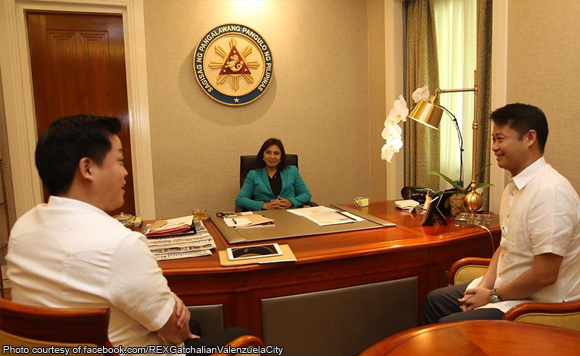 Mayor Rex released a few photos of the said meeting on his official Facebook page, Tuesday (July 19), along with some kind words to the vice president who concurrently serves as chairperson of the Housing and Urban Development Coordinating Council.

“VP Leni also expressed in a recent UNICEF event that she wants to establish SPED Centers in all public schools and I showed her our locally-funded Valenzuela Special Education Center. Thank you, VP Leni for accomodating us. We hope you can visit Valenzuela City one of these days,” he added.

In an earlier FB post, Mayor Rex proudly shared photos of the facilities offered by the Valenzuela Special Education Center, which actually opened last January 22. It can accommodate at least 478 special children from public schools who are enrolled in occupational, physical and speech therapy sessions, early intervention care, and job transition skills program.

Lino Cayetano inspired by son’s zest for life: You’re why we…

‘Your legacy will live on’: Along Malapitan remembers ‘idol’…