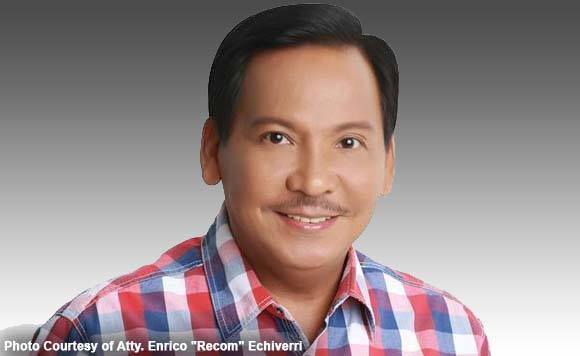 The former mayor was ordered charged by Ombudsman Conchita Carpio Morales for two counts of graft for projects worth P10 million.

The charges stemmed from a project in 2013 for the improvement of the drainage system of Antipolo Street in Barangay 30 for P4.9 million (http://www.ombudsman.gov.ph/index.php?home=1&pressId=ODk5).

Echiverri also undertook in 2011 the construction of a barangay hall in Barangay 154 for P5.4 million.

But the Commission on Audit reported irregularities including the lack of specific appropriation ordinance and the approval of the contracts by the Sangguniang Panglungsod.

The COA thus issued Notices of Disallowance for the two projects in 2013.

Morales said Echiverri entered into the contracts without authority from the city council, “which constituted an unwarranted benefit and privilege granted to a private party.”

Meanwhile, Centeno and Garcia were found guilty of grave Misconduct and were perpetually disqualified from holding public office.