No problem being in House minority, Ruffy Biazon says 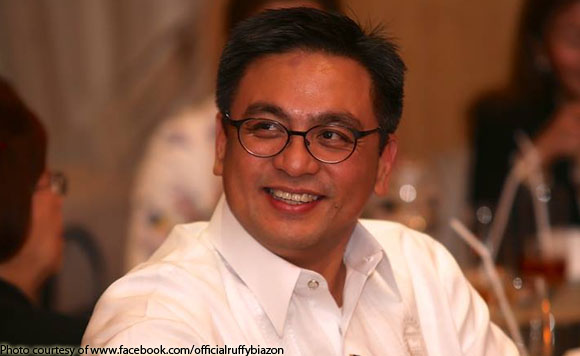 0 571
Share
Want more POLITIKO News? Get the latest newsfeed here. We publish dozens and dozens of politics-only news stories every hour. Click here to get to know more about your politiko - from trivial to crucial. it's our commitment to tell their stories. We follow your favorite POLITIKO like they are rockstars. If you are the politiko, always remember, your side is always our story. Read more. Find out more. Get the latest news here before it spreads on social media. Follow and bookmark this link. https://goo.gl/SvY8Kr

There are bigger opportunities awaiting those who take the road less traveled.

Returning congressman Ruffy Biazon said it would be an opportunity rather than a liability to be part of the minority bloc of the House of Representatives in the 17th Congress. Experience taught him so many things about not being the majority voice, with more chances for learning and exposure.

Biazon, a member of the Liberal Party (LP) who first served as Muntinlupa congressman in 2001, remembered his days as a neophyte under the leadership of Ronaldo Zamora in the minority bloc.

“Being few in numbers, we did not expect to win in any of the motions or measure put to a vote by the House. We were, however, expected todebate with the proponents, maneuver through rules on parliamentary procedures and put up a fight until the last nail on the coffin of our cause was hammered in,” he said in a Facebook post.

Ahead of the 17th Congress, talks are ripe for a two-way fight for the House Speakership between incumbent leader Feliciano Belmonte Jr. of the LP and incoming Davao Del Norte Rep. Pantaleon Alvarez, who is the bet of incoming president Rodrigo Duterte.

Parties have moved to strike deals for a majority coalition to back Alvarez. But for Biazon, he’s staying put: “As for me, I’ve had enough experience in such contests not to be easily swayed by glitter and gold. It is best to focus on the agenda that one has for his constituents and for the country, for only in those ideals will one have true fulfillment and the appreciation of those who put their trust in you.”