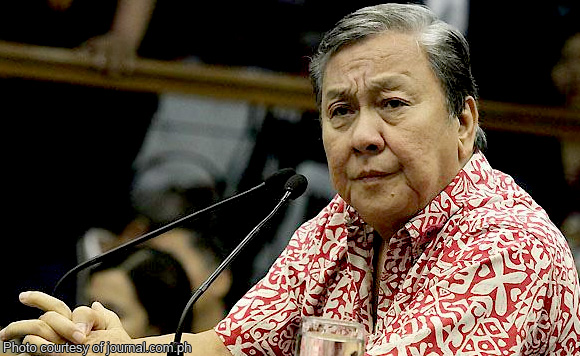 0 928
Share
Want more POLITIKO News? Get the latest newsfeed here. We publish dozens and dozens of politics-only news stories every hour. Click here to get to know more about your politiko - from trivial to crucial. it's our commitment to tell their stories. We follow your favorite POLITIKO like they are rockstars. If you are the politiko, always remember, your side is always our story. Read more. Find out more. Get the latest news here before it spreads on social media. Follow and bookmark this link. https://goo.gl/SvY8Kr

Reimposition of the death penalty is not a solution to the current peace and order problem in the country, said Buhay Partylist Rep. Lito Atienza.

Atienza was reacting to the statement of Estrada that he would endorse the presidential candidate whose stand on the reimposition of the death penalty would jibe with his.

If elected, presidential aspirant Rodrigo Duterte said he would return the death penalty for heinous crimes.

“While we agree with Mayor Estrada that government must do something to address the country’s very serious problem with illegal drugs which, according to him, has affected 92 percent of barangays in Metro Manila and many communities in other parts of the country as well, we strongly disagree that reimposing the death penalty is the solution. It is nothing but a temporary, band-aid remedy conveniently used as an alibi for government’s failure to enforce the law,” he said.

“Reimposing the death penalty is not the solution to this problem. It is not, and never will be, an effective deterrent to the commission of crimes. The problem lies in government’s failure to enforce the law,” Atienza added.

Atienza also said that the next government should be one that promotes the proper valuing of life, good governance, effective law enforcement, and a sound economic program that will provide opportunities for everyone.

“I think that being a former president himself, Mayor Estrada can be effective in combatting the drug menace without the reimposition of the death penalty. Rather than give the incoming president an alibi for failure, we would rather choose a pro-life president who would promote and strengthen our basic Filipino values like respect for life and the family, as well as harnessing the Filipino’s inherent God-given talent and industry to give the country a good, workable economic program that would provide everyone a better life,” he said.