Pera-pera lang: Here’s Fred Lim’s advice on how to deal with vote buying 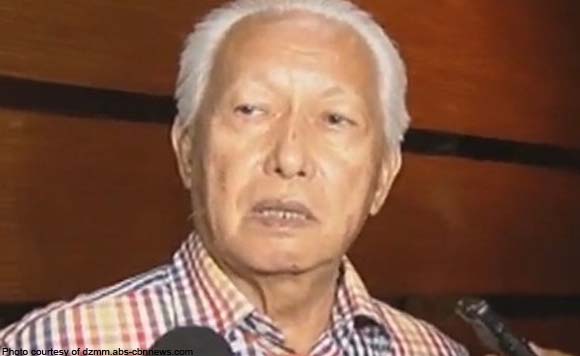 0 812
Share
Want more POLITIKO News? Get the latest newsfeed here. We publish dozens and dozens of politics-only news stories every hour. Click here to get to know more about your politiko - from trivial to crucial. it's our commitment to tell their stories. We follow your favorite POLITIKO like they are rockstars. If you are the politiko, always remember, your side is always our story. Read more. Find out more. Get the latest news here before it spreads on social media. Follow and bookmark this link. https://goo.gl/SvY8Kr

Former Manila Mayor Alfredo Lim sees no problem with voters accepting politiko’s money in exchange for their votes during the election season.

In a recent sortie covered by Esquire Philippines at the BASECO Compound in Manila’s port area, Lim advised voters to take the money offered to them to vote for a particular politiko.

And in front of thousands of Manila residents, Lim openly accused his successor, Mayor Joseph Estrada, of being a thief.

Although the former President was popularly known for the slogan “Erap para sa mahirap,” Lim said there is no truth to the belief that Estrada is pro-poor.

He noted that education and health services which were free during his term now come with a price tag under the current city administration.

For 2016, Lim will attempt to reclaim his old post and prevail over Estrada and Manila Rep. Amado Bagatsing.