John Lloyd in the House! Lower chamber sets probe on ‘Honor Thy Father’ DQ on Jan. 11 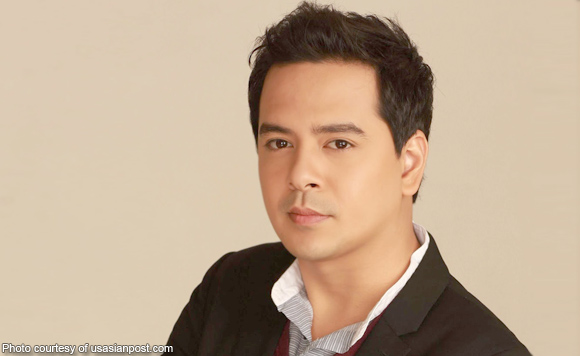 0 776
Share
Want more POLITIKO News? Get the latest newsfeed here. We publish dozens and dozens of politics-only news stories every hour. Click here to get to know more about your politiko - from trivial to crucial. it's our commitment to tell their stories. We follow your favorite POLITIKO like they are rockstars. If you are the politiko, always remember, your side is always our story. Read more. Find out more. Get the latest news here before it spreads on social media. Follow and bookmark this link. https://goo.gl/SvY8Kr

The House Committee on Metro Manila Development has invited actor John Lloyd Cruz as one of its resource persons on its probe on the disqualification of the film entry “Honor Thy Father” from the selection of the Best Picture Category of the Metro Manila Film Festival (MMFF) 2015 Awards.

Quezon City Rep. Winston Castelo, the panel chair, said that the investigation will be on Monday (January 11) at 1. p.m.

“Nagpadala kami ng invitation. I don’t know if he [Cruz] would go,” Castelo said. Cruz is co-executive producer of “Honor thy Father.”

Castelo added the committee will seek to look into the current policies on movie festivals, review them, and come out with appropriate policies or legislations mainly to strengthen movie production in the country.

Besides Cruz, among those invited to the hearing are MMFF executive committee officials, namely MMDA Chairman Emerson Carlos as over all chairman of the committee and committee members Sen. Grace Poe and Quezon City Mayor Herbert Baustista as well as Reality Entertainment Executive Producer Dondon Moterverde and “Honor thy Father” Director Erik Matti.

In House Resolution 2581, actor and Laguna Rep. Dan Fernandez, one of the movie’s cast members, asked the House panel to conduct an inquiry, in aid of legislation, on the disqualification of the film entry “Honor Thy Father from the selection of the Best Picture Category of the Metro Manila Film Festival (MMFF) 2015 Awards.

According to the resolution, the MMFF executive committee ruled to disqualify “Honor Thy Father” from the selection of the film festival’s Best Picture Category due to its producers’ failure to disclose the movie’s participation in the Cinema One Originals Festival 2015.

The resolution said that film’s producer Ronald Stephen Monteverde had aptly informed the MMFF executive committee about its inclusion in another movie festival, but not without clarifying that its showing was merely for exhibition purpose and not to earn revenues.