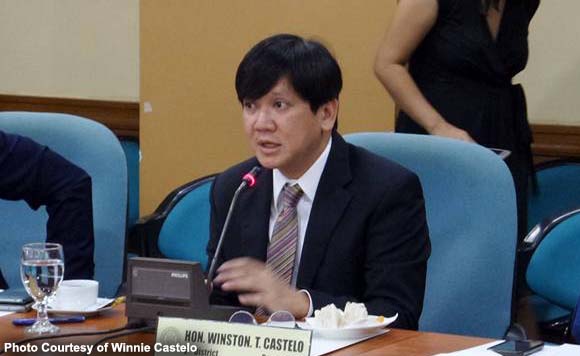 0 881
Share
Want more POLITIKO News? Get the latest newsfeed here. We publish dozens and dozens of politics-only news stories every hour. Click here to get to know more about your politiko - from trivial to crucial. it's our commitment to tell their stories. We follow your favorite POLITIKO like they are rockstars. If you are the politiko, always remember, your side is always our story. Read more. Find out more. Get the latest news here before it spreads on social media. Follow and bookmark this link. https://goo.gl/SvY8Kr

The chairman of the House Committee on Metro Manila Development on Tuesday scored a senior advisor of the American Chamber of Commerce of the Philippines for saying Metro Manila’s gridlock would make the metropolis “uninhabitable” within four years.

In a statement, Rep. Winston Castelo of Quezon City said that John Forbes, senior advisor of the American Chamber of Commerce of the Philippines, is not aware of several infrastructure projects of the government.

“The gridlock is a temporary situation and can be overcome and should hardly affect the nation’s habitability. The Aquino government has been pursuing a number of infrastructure projects and the completion of their construction would greatly ease the traffic in Metro Manila,” Castelo said.

“Although the statement is worth a study and a valuable guide to mapping out solutions, the grim scenario is far-fetched, unrealistic and exaggerated. The Aquino administration introduced many infra projects worth billions of pesos, some thru PPP [public-private partnership] in forms of roads, railways, flyovers, bridges, etc., whose current construction itself is among the reasons for the gridlock,” Castelo said.

In a Philippine Star report, Forbes said that “if roads and other infrastructure are not upgraded immediately, the traffic mess in the metropolis would likely worsen on the back of the country’s fast-developing automotive industry. ”

“Metro Manila is at risk of becoming uninhabitable as annual new car growth increases to 500,000 by 2020. While roads are being improved throughout the country, the National Capital Region urgently needs more limited access roads, especially skyways, and rail,” Forbes said in the report.