Belmonte too shy to accept hospital building named after him 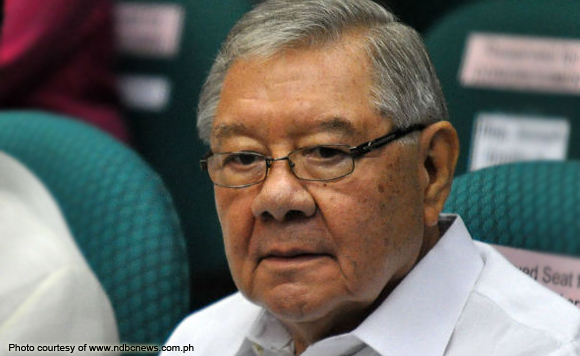 0 533
Share
Want more POLITIKO News? Get the latest newsfeed here. We publish dozens and dozens of politics-only news stories every hour. Click here to get to know more about your politiko - from trivial to crucial. it's our commitment to tell their stories. We follow your favorite POLITIKO like they are rockstars. If you are the politiko, always remember, your side is always our story. Read more. Find out more. Get the latest news here before it spreads on social media. Follow and bookmark this link. https://goo.gl/SvY8Kr

House Speaker Feliciano Belmonte, Jr. feels he is “undeserving” of the honor given by the management of the East Avenue Medical Center (EAMC) that named the hospital’s renovated auditorium after him.

Belmonte said the “Speaker Feliciano R. Belmonte Jr. Auditorium” should have been named after President Aquino.

“Really, I feel undeserving of it,” Belmonte added.

The Speaker admitted that he was reluctant at first to accept the honor because he believed that it would be more fitting to name it after the President.

“Maraming salamat for this great honor and I would like to say thank you to Director Roland… Since none of you protested, maraming salamat for not protesting and being supportive and to everybody else,” the House Speaker quipped.

Belmonte was the guest of honor during the inauguration of the expanded and renovated EAMC auditorium, which is located at the 7th floor of the hospital building.

Cortez said they named the new facility after Belmonte in recognition of the lawmaker’s “vast contribution” to the improvement of the government-run hospital.

Belmonte recalled that in 1997, he sponsored a law that expanded the bed capacity of the EAMC because some “politicians” back then planned to take over portions of the hospital compound.

He pointed out that he supported Republic Act 8345 as a “defensive measure” against politicians, whom he did not name, who were out to get sizable portions of the lot.

RA 8345 expanded the bed capacity of the Quezon City hospital from 350 to 600 beds and upgraded its facilities.

“Let me tell you this… I suddenly realized it when looking today at the sides from the roof, that the real reason was there were some politicians who wanted then to get all of the empty spaces here (referring to the vast land area around the compound of EAMC)…,” Belmonte told the hospital officials and employees.

“And so that inspired me to sponsor the bill increasing the capacity of this hospital as a defensive measure and in anticipation that it will continue to grow,” he said.