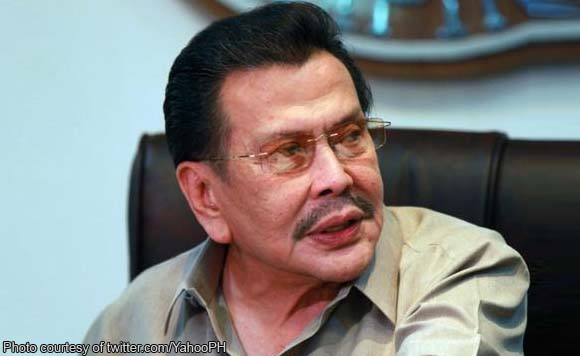 Here’s some good news for the embattled Senator Grace Poe: Manila Mayor and former president Joseph Estrada has given a categorical statement regarding his endorsement for her in next year’s polls.

Estrada said in an interview that he would likely support the independent presidential bet due to the fact that her adoptive father, the late Fernando Poe Jr. or FPJ was “more than a brother” to him.

Erap and FPJ were huge action movie stars back in their day, with the latter even being dubbed the “Da King (The King)” of Philippine cinema.

Earlier, Estrada said he was “torn” as to who he would back between Poe and his compadre Vice President Jejomar Binay in May 2016. Based on his statement, there’s no such conflict anymore.

Estrada was one of the founders of the United Nationalist Alliance (UNA), the party that’s carrying opposition leader Binay.

Poe, a foundling, is currently grappling with her multiple disqualification cases before the Commission on Elections (Comelec). These cases question her status as a natural-born Filipino citizen as well as whether or not she meets the minimum 10-year residency requirement for presidential aspirants.