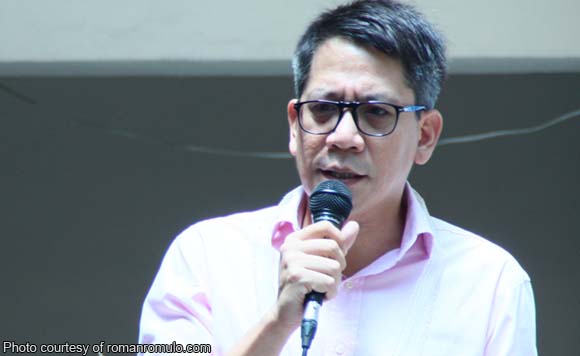 A lawmaker from Pasig on Wednesday scored the Second Division of the Commission on Elections (Comelec) for its ruling cancelling the certificate of candidacy (COC) of presidential aspirant Grace Poe because of alleged material misrepresentation.

Pasig Rep. Roman T. Romulo of Liberal Party, in a statement, said that the Comelec decision is clearly unfair to Poe as it has no valid basis and unjust to the Filipino people as it limits their choices on who should be the president of the Philippines.

“To rule that Senator Poe made a false declaration with regard to her residency in the COC disregard the fact that just like citizenship of a foundling, her residency is also a difficult question of law which has divided the legal circle,” he said.

“It’s a dangerous ruling that rather than presupposes good faith and honest mistake on Senator Poe concludes without any basis falsehood on her part,” said Romulo, who is running for senator in Poe’s ticket.

According to Romulo the ruling of Comelec contradicts a Supreme Court decision that held that “the fact of residence, not a statement in a certificate of candidacy, [is] decisive in determining whether or not an individual has satisfied the Constitution’s residence qualification requirement.”

Romulo has also expressed confidence that the “Comelec en banc and the Supreme Court will see the correct path on this [ruling].”

“Ultimately, it’s the Filipino people who should be allowed to decide on this as sovereignty resides in the people and all government authority emanates from them,” he said.