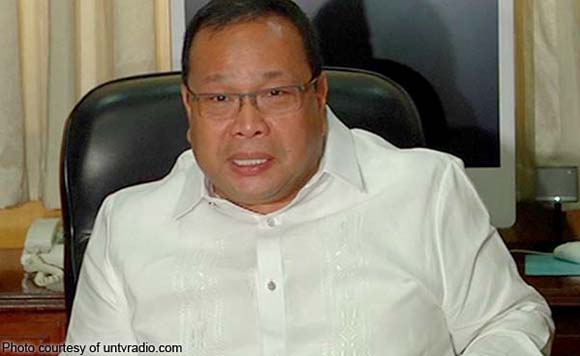 Gonzales made a statement after the House of Representatives’ Minority Bloc challenged the leadership of the lower chamber to pass the bill lowering individual income tax rate despite the Palace’s strong opposition.

“In my experience as a member of the House, wala pang na-veto ang Presidente na na-override ng Kongreso because it will require two-thirds vote of all the members of both Houses of Congress. Not just the House, but also the Senate,” he said.

Article VI, Section 27 of the 1987 Constitution states that Congress could pass a bill into law despite the President’s veto if two-thirds of the members of each chamber vote for its approval.

“At the rate we’re going… I’m not even confident that we can have a quorum everyday. The more reason [there’s a] difficulty of getting a vote of two-thirds,” Gonzales added.

At least 191 of the 287 remaining House members would have to vote to approve a vetoed measure to overturn the President’s decision.

On Tuesday, Speaker Feliciano Belmonte Jr. admitted that the tax-reform measure can no longer be passed by the House of Representatives this Congress due to President Aquino’s opposition.