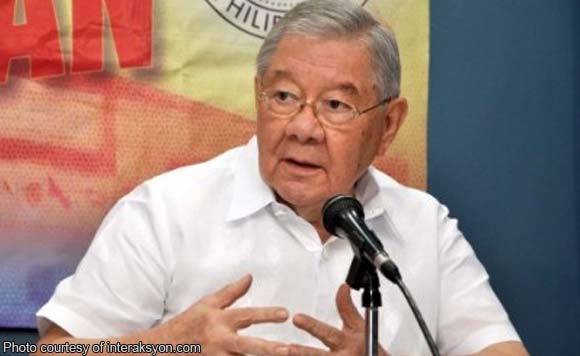 0 595
Share
Want more POLITIKO News? Get the latest newsfeed here. We publish dozens and dozens of politics-only news stories every hour. Click here to get to know more about your politiko - from trivial to crucial. it's our commitment to tell their stories. We follow your favorite POLITIKO like they are rockstars. If you are the politiko, always remember, your side is always our story. Read more. Find out more. Get the latest news here before it spreads on social media. Follow and bookmark this link. https://goo.gl/SvY8Kr

House Speaker Feliciano Belmonte Jr. has shut the door on the passage of a bill lowering income tax rates a day after President Benigno Aquino III scored proponents of the measure for using it to score brownie points with voters.

Belmonte said there’s no more use pushing for the approval of any of the various income tax reform measure filed in the House without Aquino’s support.

“Unless the President is 100 percent for it, it’s no use taking it in the limited time (we have),” he told reporters on Tuesday (Nov. 24).

Belmonte said he’d rather that the House use the limited time it has before adjourning in February 2016 for the campaign season for the next national elections to pass bills that Aquino will likely sign into law.

Over the weekend, Aquino told reporters in Kuala Lumpur, Malaysia that while it’s very easy for some lawmakers to push for the lowering of income tax rates, it might have a negative long-term impact on the economy if legislated.