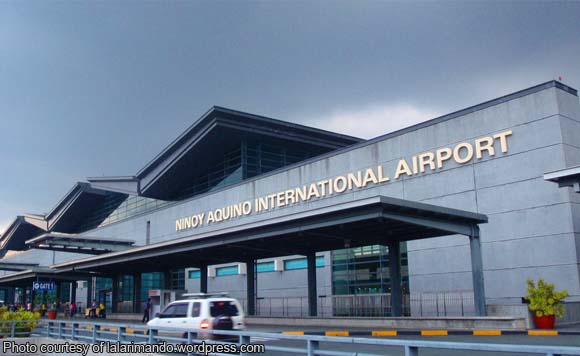 0 439
Share
Want more POLITIKO News? Get the latest newsfeed here. We publish dozens and dozens of politics-only news stories every hour. Click here to get to know more about your politiko - from trivial to crucial. it's our commitment to tell their stories. We follow your favorite POLITIKO like they are rockstars. If you are the politiko, always remember, your side is always our story. Read more. Find out more. Get the latest news here before it spreads on social media. Follow and bookmark this link. https://goo.gl/SvY8Kr

A partylist lawmaker has asked the government to designate prosecutors at airports as one immediate mitigating step to help victims of “laglag bala” extortion scam.

The initiative is contained in House Resolution No. 2502, authored by ANGKLA Party-list Rep. Jesulito A. Manalo, calling for a congressional inquiry, in aid of legislation, on the appropriate measures that may be implemented by the Department of Justice (DOJ), in coordination with the Department of Transportation and Communications (DOTC) and the Manila Airport Authority (MIAA).

“In the meantime that the truth behind the ‘laglag bala’ or alleged ‘dropping of bullets in luggage extortion scheme’ is being ferreted out, it is practical to assign these prosecutors to help resolve other possible on-site incidents in the future,” Manalo said.

Under the alleged “laglag bala” extortion modus, departing airline passengers, whose luggage are subjected to airport check, are planted with bullets, the mere possession of which is a violation of Republic Act No. 10591, otherwise known as the Comprehensive Firearms and Ammunition Act, is punishable by imprisonment in case of conviction.

Reports have it that knowledgeable persons have surfaced to accuse airport personnel of allegedly coercing passenger-victims to give money in order to avoid criminal charges and face jail time or, the least, avoid the inconvenience of delayed flights.

Some reports speculate that the supposed modus operandi is operated by a syndicate, possibly involving some airport personnel, particularly from the Office for Transportation Security (OTS) tasked to conduct the luggage and bag inspection of would-be passengers in the airport.

Manalo said there should be a mechanism allowing the executive branch, through the special prosecutors, the power to release a passenger, if based from the initial evidence he/she appears to be a mere victim of the nefarious airport scam, to lessen the inconvenience caused to the apprehended passenger.

“It is strongly urged that in order to address the cloud of doubt hovering over arrests of individuals allegedly possessing ammunition, appropriate legal processes be made readily available for these suspects to determine if, under the surrounding circumstances, there is probable cause for those arrested to remain under custody and be correspondingly charged in Court or to be released outright for lack of such probable cause,” he added.