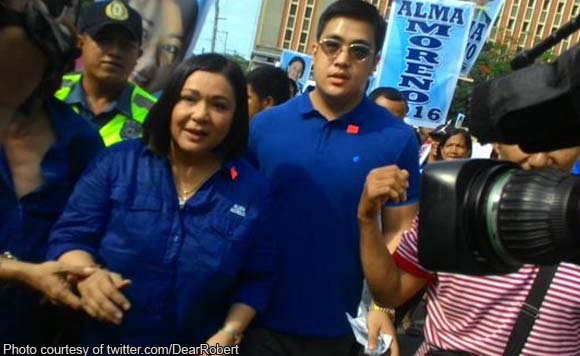 Parañaque City councilor Alma Moreno has admitted to setting her sights on retirement when her term ends in 2016 until Vice President Jejomar Binay approached her with an offer she found too hard to resist.

In a recent interview with showbiz scribes, Moreno said Binay’s party, the United Nationalist Alliance, gave her the opportunity to serve the people in another capacity by offering her a slot in its senatorial slate.

The party also has six guest candidates which belong to other political parties.

Meanwhile, Moreno’s son, Vandolph Quizon, is set to run for her post in the May 2016 elections.