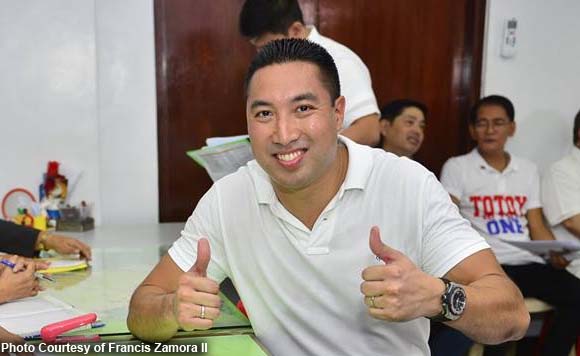 In an interview with Radyo Inquirer, Zamora showed a text message sent to him recently warning him to tone down on his statement against the Ejercito-Estrada clan.

Gomez is the mother of Senator JV Ejercito.

While Zamora didn’t name the Ejercito-Estradas as the one behind the threat, he recalled Gomez’s statement blasting him as a “traitor” for challenging her candidacy despite their earlier agreement that he won’t run for mayor until after she finished her third and final term.

However, Zamora said he decided to run because of the Ejercito-Estradas supposed plan to turn back on their agreement by grooming Janella Estrada, Senator Jinggoy Estrada’s daughter, to take over Gomez’s place when she can no longer run for reelection.